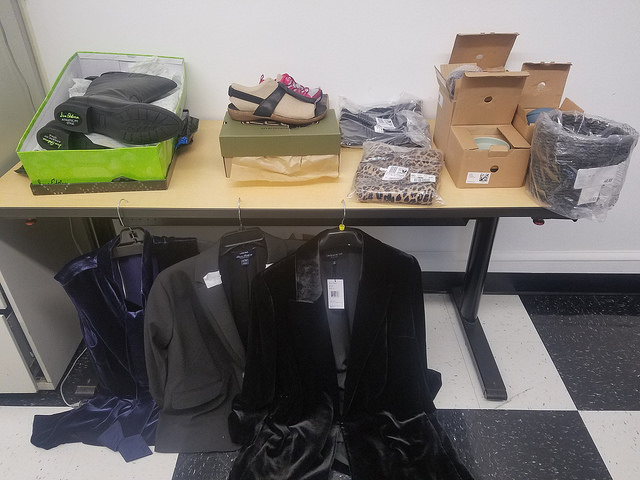 “Today members of the First District Crime Suppression Team were on patrol early in the day on the look-out for package thieves in the Capitol Hill-East area and observed several suspicious acts.

At approximately 1108 AM, one officer encountered two men that seemed to be working together in the 400 block of 11th Street NE. The officer saw the two men walking through the block appearing to look into cars and he set up nearby to observe them for actual criminal behavior beyond the merely suspicious.

One of the two men then walked up to the building at 410 11th Street NE and sit down beside a large package. When the man opened the package, the lookout noticed the officer and the men fled in different directions. The package that was opened was left behind.

When fleeing the man discarded a hedge trimmer that he had either just stolen or had been carrying to reduce the suspicious nature of his behavior approaching homes. He also discarded a backpack containing a large silver foil “Prepared Meal Service” package such as SunBasket, HelloFresh, or BlueApron might send. Officers were unable to determine from which home he had stolen that meal service delivery.

The men escaped into the nearby alleyways and were not apprehended having last been seen in the area of the 1100 block of E St NE. CCN 17180682

Other PSA Officers mentioned seeing two men walking about in that area yesterday with one carrying an orange hedge trimmer over his shoulder which was odd enough for them to recall, but not suspicious at the time so we are unsure at this time if he stole the trimmer today or has been using it as a prop while travelling around your neighborhood.

At approximately 1252 hours, the officers stopped a man entering the Stadium Armory who matched a voiced lookout of a man taking packages in the area of the 1700 block of Independence Ave SE. He was carrying two large garbage bags of items. A witness identified him as being the man who stole the contents of a package in that block and he was found to have the property stolen from that address and was placed under arrest.

Of the items in his possession, two other owners were identified that had the contents of their packages stolen. The man was arrested for these thefts.

Attached above is a photo of some of the other items in his bags which were clearly just stolen this morning but we are not able to immediately recognize who they may belong to as he removed all traces of names and addresses from the items he stole.