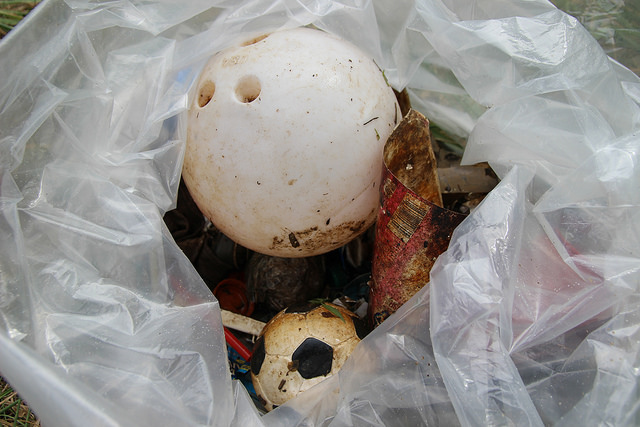 “WHAT: Ocean Conservancy is organizing an Anacostia River cleanup as the flagship event of its 32nd International Coastal Cleanup (ICC), the world’s largest single-day volunteer effort to remove trash from our beaches, waterways, lakes, rivers and parks. Last year, 330 volunteers recovered more than 2,500 pounds of trash from the Anacostia River, and this year is slated to be even bigger. The DC event, supported by Patagonia, will feature food, live music, and giveaways. Register to volunteer at www.DCCoastalCleanup.org.

For the second year in a row, volunteers will use the Clean Swell app (free for download on the App Store and Google Play) to contribute their citizen science data on the collected trash in real time to one of the world’s largest databases on ocean trash.

A free shuttle service is available from the Stadium-Armory Station, accessible from the Orange, Blue, and Silver metro lines. 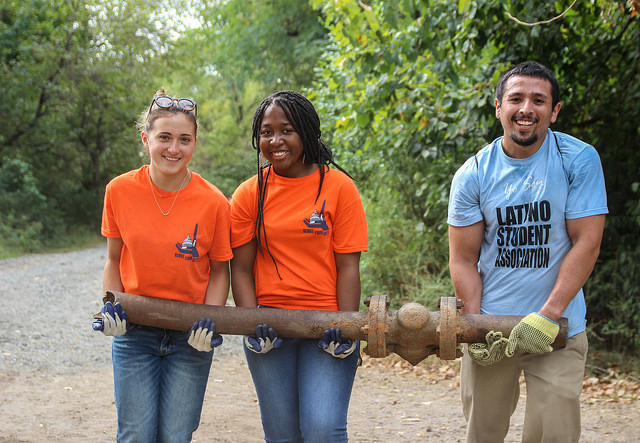 On Saturday, September 16, hundreds of Washington-area volunteers will head to Kingman Island to participate in the flagship event of Ocean Conservancy’s 32nd International Coastal Cleanup (ICC), the world’s largest single-day volunteer effort to remove trash from local waterways, beaches, lakes and rivers. Since the first ICC 32 years ago, more than 12 million volunteers have removed more than 220 million pounds of trash worldwide.

“Even though the nearest beach is miles away, trash travels along rivers like the Anacostia,”
said Nick Mallos, Director of Ocean Conservancy’s Trash Free Seas® Program, “so every Washingtonian can have an impact on ocean health and help stem the tide of marine debris.” Last year, some 300 volunteers collected more than 2,500 pounds of trash from along the Anacostia River, including more than 1,000 plastic bottles and hundreds of food wrappers–the most commonly found items in the area. Volunteers logged every item of trash using Ocean Conservancy’s free CleanSwell app, contributing to the world’s largest database on marine debris.

Every year, millions of tons of trash–including an estimated 8 million metric tons of plastic waste–flow into the ocean, entangling wildlife, polluting beaches, and costing coastal municipalities hundreds of millions of taxpayer dollars. Items like cigarette butts, plastic beverage bottles, food wrappers, plastic bottle caps and plastic straws are among the most-commonly collected items. They are also among the most deadly to wildlife like seabirds and sea turtles. Plastics–which never fully biodegrade but rather break up into smaller and smaller pieces called microplastics–are of particular concern. Scientists predict that without concerted global action, there could be one ton of plastic for every three tons of fin fish in the ocean by 2025.”