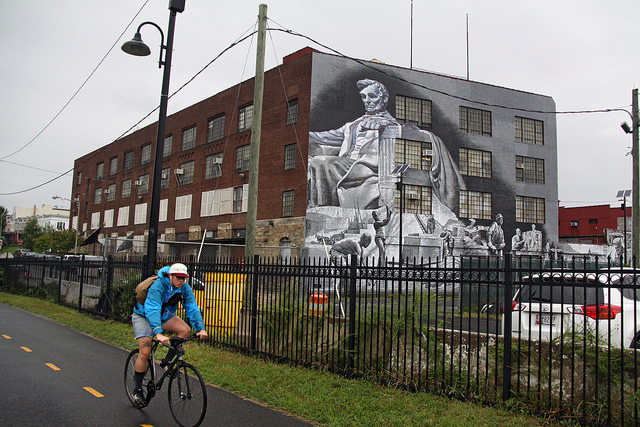 “But the mural isn’t intended to honor Lincoln. That image, in tones of gray, black and white, is almost an afterthought.