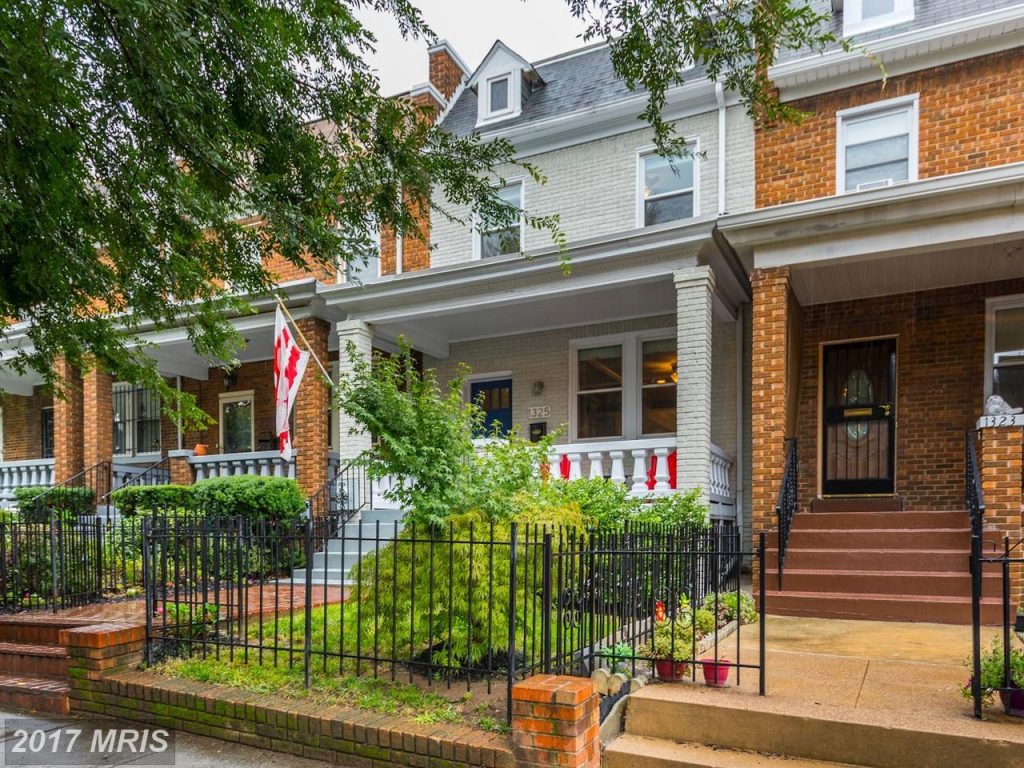 I’ll start this post the way I usually end them. In this case, I was the listing agent for the subject property. David Treanor with the Bediz Group with Keller Williams Capital Properties represented the Buyer in the purchase of this property. I’ve written this weekly post for PoPville since 2009, and this is the second of my own listings that I’ve ever revisited. (By the way, I don’t pick the original GDoN posts, just which ones to follow up.)

This transaction was a good story, which I have my Sellers’ permission to share. I would say this type of offer response is not typical in this location, however, it is not unusual in the current DC market as a whole.

In 2013, I assisted the recent owners in purchasing the house, before it hit the market, from Walnut Street Development. It had been gutted and completely re-built with new systems, kitchen, baths, etc. Purchase price at that time was $495,000.

A few months ago, the Sellers contacted me and said they were ready to find their next house, which they envisioned as detached with a yard, not in perfect condition so there was room to add value, and in Brookland in NE DC. (Two years ago all of my DC Sellers moved to Portland, Oregon. Now they all move to Brookland. No joke.) We found the new house surprisingly fast, and even more surprising, were able to get it under contract, in competition with another offer, contingent on the sale of their current property.

Having the new house already under contract was huge motivation to price aggressively. We also purposely listed early in the week, with the intent of giving agents time to do pre-inspections in the event of multiple offers.

I am pleased to say that the strategy was fruitful. We ended up with a total of four pre-inspections and five offers, all with escalation clauses. The end result was an extremely clean (basically non-contingent) contract $40,057. over list price.

In this often heated market, for a property that is desirable to more than one Buyer, a pre-inspection can be very useful. This involves getting a home inspector in while the property is still actively listed. The Buyer pays for this, and it gives them the information to either choose to not make an offer, to go forward with making an offer non-contingent upon inspection, or perhaps making an offer with an awareness of an issue they identify during the inspection and request the Seller to remedy. Sellers and agents love to remove inspection contingencies because it often becomes a second point of negotiation once the deal is under contract.