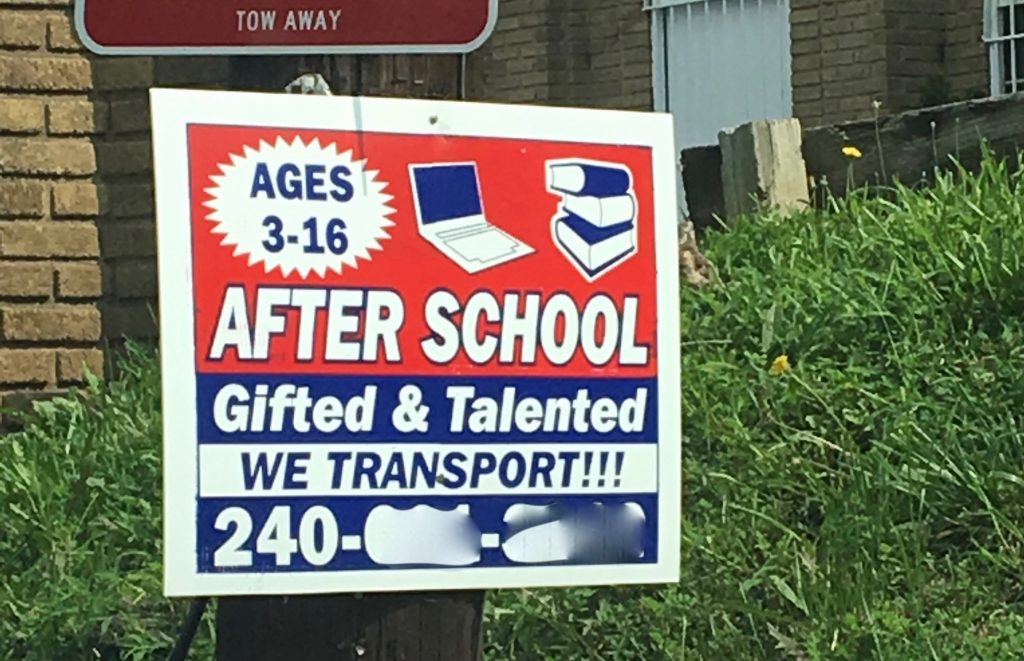 What is the deal with these signs? They seem to be everywhere in 16th Street Heights, Takoma, and Petworth – along 16th Street, Blair, Georgia Ave. In the summer there is a nearly identical one advertising camp and it’s attached to every pole and street sign for several miles. Hundreds and hundreds of these signs. Aside from being distracting and annoying and turning into litter, is this a real company? There is no company name listed and no website. One time I called the number to see who was actually behind this and it went to a voicemail with a default recording just stating the phone number. The way it’s advertised seems sketchy.”