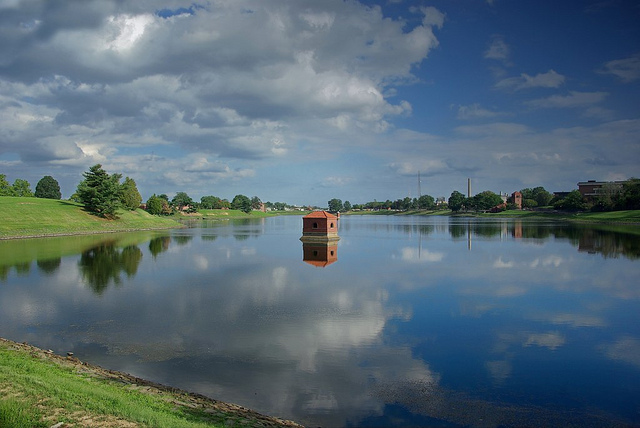 In early February, DC Water sent our 4-unit condo building in Shaw/Logan Circle a $15,611.19 water bill, claiming we used more than one million gallons of water. This is not humanly or scientifically possible. The bill itself even eludes to that, noting that the $15,611.19 charge is based on their estimate of our water use – because they’d discovered our building’s meter wasn’t working properly.

Our condo building quickly sent DC Water a formal response via email seeking answers – ranging from why DC Water didn’t notify us there was a problem with our building’s meter, to why 45-days is considered appropriate notice when requiring a building to supposedly pay for over a year’s worth of water usage, to what’s the protocol to set up a meeting with DC Water to discuss the matter and so on. We received an automatic reply from DC Water saying our letter was received, but there was no further correspondence from DC Water.

Receiving no response, we resent the email and once again received an automatic reply acknowledging receipt. This time, we wised up and also sent our formal response letter via certified mail to DC Water. Thanks to USPS, we knew that was also delivered and received by DC Water…. And you guessed it, no response.

March rolls around and we still haven’t heard anything, so being the fine, upstanding, taxpaying citizens that we resent our formal response via certified mail and started calling every number we could get our hands on for DC Water. We were passed off to several people, with excuses ranging from “we forgot because the person handing it is on vacation,” to “we will respond soon,” to you guess it, again, no call back.

So, the months pass March, April, May, June, July and then last week, on August 2nd to be exact, we received a letter from DC Water stating we’ve been turned over to collections, a lien has been placed on our address (that address full of taxpaying, upstanding DC residents) and a $5,000 penalty has been added to the original $15,611.19 we supposedly owe.

We’ve once again taken to the phones, contacted our attorneys, real estate brokers, friends within city government and had them all attempt to make contact with DC Water on our behalf and still NOTHING! We’re at a complete loss and at this point feel pretty confident DC Water sent us an absurd, massive and arbitrary bill and thought they could get away with it. This is fraud, negligence and host of other legalese buzzwords that are just plain wrong.

We’re happy to pay our bills (our really expensive, DC-living bills), but this is outrageous and we won’t be taken advantage of. If anyone has any resources with how to speak with a person, perhaps DC Water’s General Counsel, please send a carrier pigeon, smoke signal to mosaiccondominiumsdc (at) gmail (dot) com.”