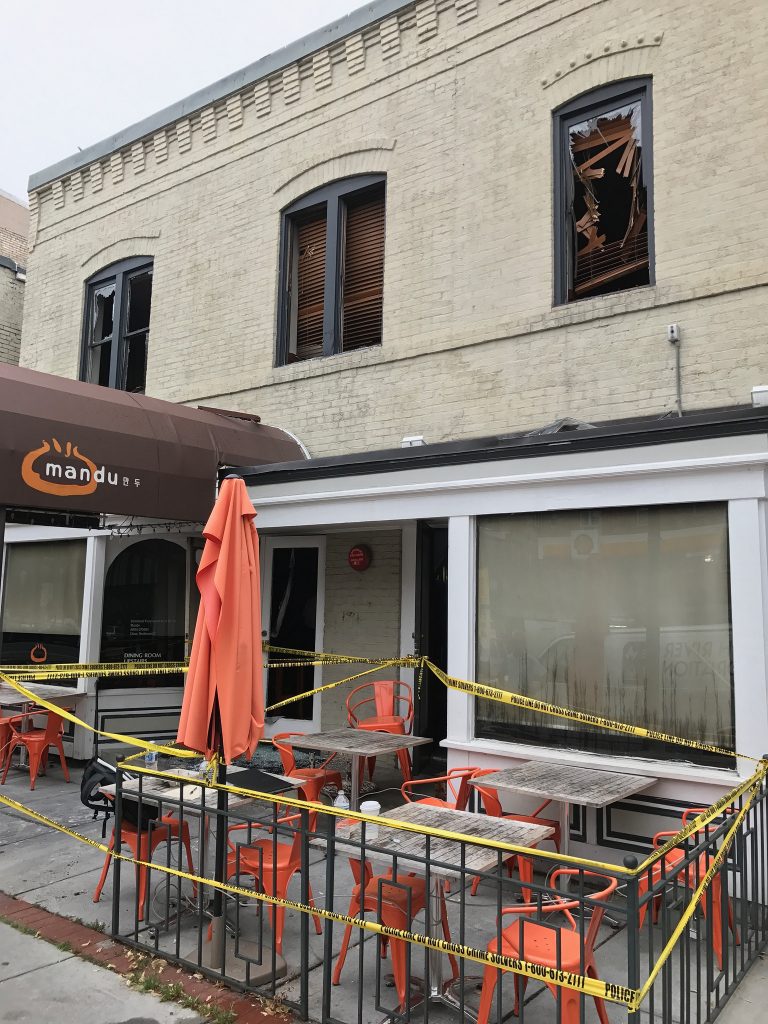 Thanks to all who messaged us about the original Mandu.

Update from owner of Mandu:

“We closed early last night due to the holiday and the fire seemed to happen shortly after midnight or so. Still trying to figure out what happened but it was not kitchen/gas related, and it was contained to half of the first floor. The fire department out of precaution and protocol had to bust through the windows upstairs, which is why it seems like it was a two story fire but it was not.

Thankfully nobody was injured or hurt. The speed and execution of the DC Emergency Services (Fire, MPD, etc) was outstanding. Our focus now is to figure out a plan for our staff as we start to plan how to remodel and open as soon as possible.”

“Apparently they had a fire at 3am last night and the damage is pretty extensive.”

“it looks like a total loss (fire on both floors, etc.)”

Thank you @dcfireems @DCPoliceDept for preventing what could have been a catastrophe pic.twitter.com/GvRD1Pa3ED