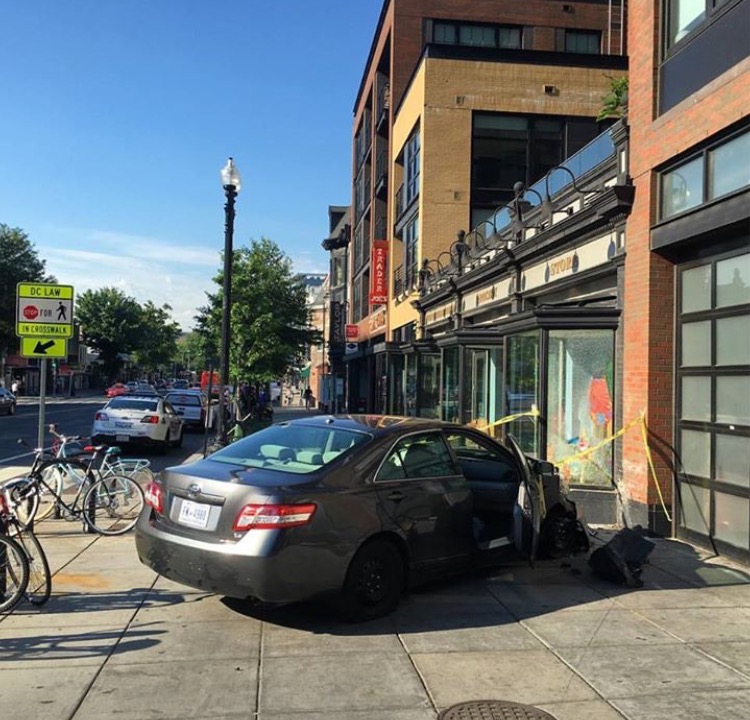 Followed up just now, car gone but lots of damage to the Trader Joe's. Demolished a street sign and planter fence too. cc: @PoPville pic.twitter.com/0LLENAm9H5

Scary scene in front of the Louis bldg at 14/U — single car ran up on the curb; driver appears ok & no bystanders hit that I could see. pic.twitter.com/SFJQJ6S8aZ

Apparently the driver is “rather injured but awake” and no bystanders hit. Overheard from mpd

@PoPville Car outside 14th St Trader Joe's. Firetruck and ambulance on scene, no idea about injuries (driver or pedestrians). pic.twitter.com/FCTCcT4egD