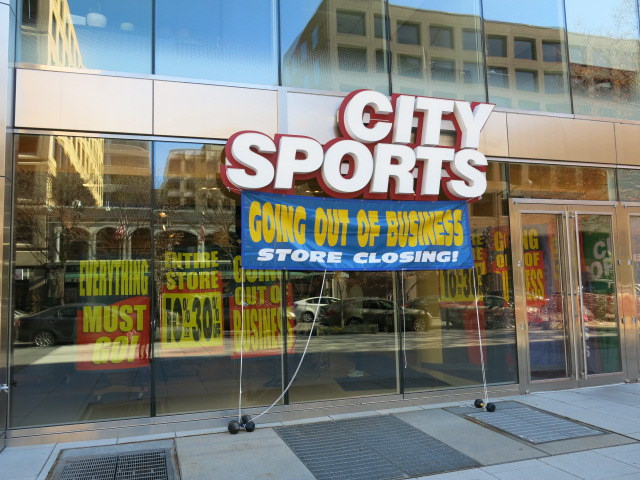 City Sports closed back in December 2015. And now it is the future home to DC’s first Wawa!! Yesterday when we first broke news of a coming Wawa some commenters wrote that it’d be coming to the former City Sports on 19th Street. And now that appears accurate after DCist got word from their own tipster:

“One Wawa will be located downtown at 1111 19th Street NW, per a tipster who asked to remain anonymous but was able to provide documentation confirming the address. It will be a “comprised deli kiosk setup,” according to the tipster.”