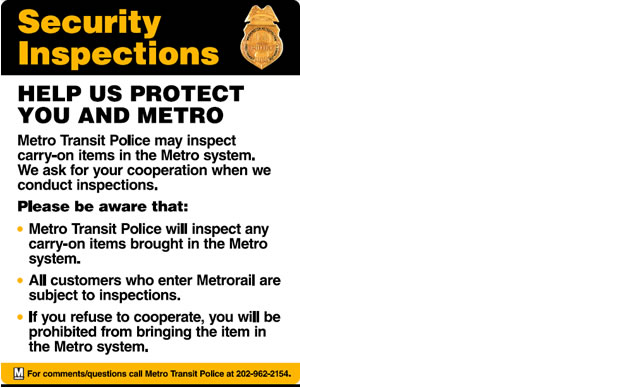 At Petworth metro station this morning. Multiple MPD officers with dogs and these machines that were searching through people’s bags before getting on the metro. Any idea why? Bomb threat?”

Metro Transit Police have been doing random searches since at least 2008. We also spoke about random inspections in 2010.

Read more →
More Stories
Some will be Furious, Some will be Delirious, and Some will just eat some Chicken from time to time without thinking too deeply on itToday in Hawks around Town – Back to the Real Deal