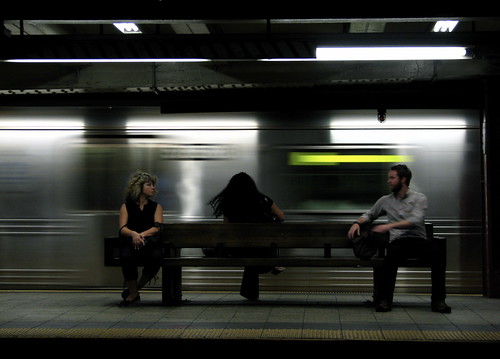 Well, a number of folks have been waiting all week for this question. On Monday we learned that metro will begin randomly searching bags. The Washington Post has a full article here. They say:

“Metro officials yesterday announced plans to immediately begin random searches of backpacks, purses and other bags in a move they say will protect riders and also guard their privacy and minimize delays.

The program is modeled after one begun three years ago in New York that has withstood legal challenges. However, experts said it is difficult to measure the effectiveness of such searches, beyond assuring the public that police are being vigilant. New York officials declined to say what they have found in their searches; none of the other transit systems conducting random searches have found any explosives, officials said.

Metro officials said the program was not in response to a specific threat but prompted by increased security concerns before next week’s election and the inauguration as well as by the Sept. 11, 2001, terrorist attacks and later bombings of commuter trains in Madrid, London and elsewhere.”