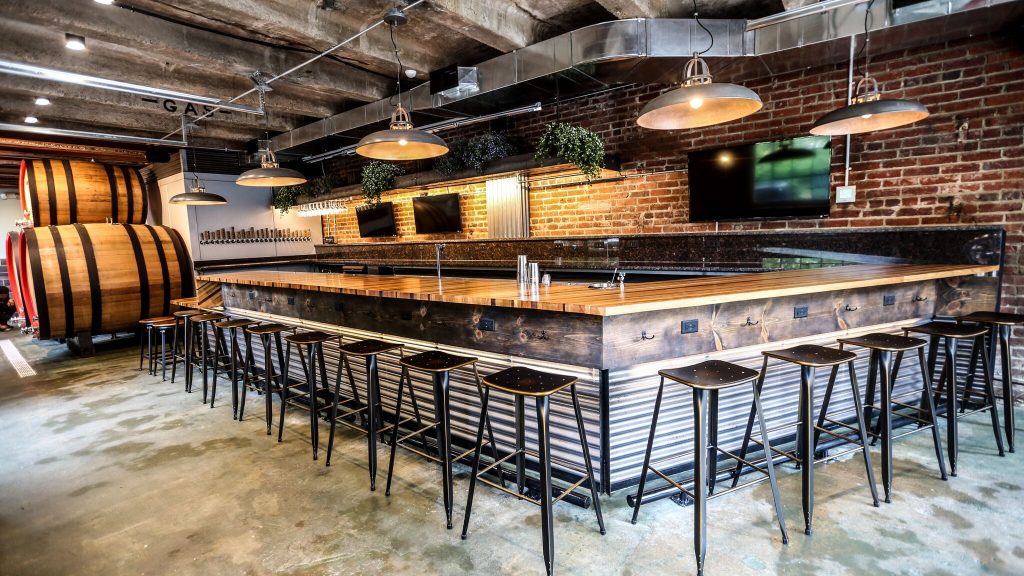 “ANXO Cidery and Tasting Room, the second location of DC’s first winery since prohibition, opens its doors to the public for a grand opening on Saturday, May 27th, 2017. With the opening of this cidery, the team of Sam Fitz, Rachel Fitz, Cooper Sheehan and Alex & Sara Vallcorba is joined by Cider Maker Greg Johnson. The Grand Opening weekend will include extended hours, the release of a new ANXO Collaboration Cider, and Catalan grilling on Memorial Day.

At the existing Florida Avenue Cidery & Pintxos Bar, the ANXO team showcases a vibrant menu of Basque and Catalan-inspired cuisine alongside one of the country’s most diverse cider selections, and houses a single 660 Barolo cask to produce limited ciders onsite. The new Cidery in DC’s Brightwood Park neighborhood is dedicated to cider production, and will be the only place to find every cider in the ANXO collaboration series (made with nationally-renowned cideries like Millstone Cellars, Shacksbury, Eden and Farnum Hill) and house-made sidra on the menu. Twenty four draft lines will carry ciders, beers curated by Beer Director and Designer Cooper Sheehan, red and white vermouth, ice cider, and cocktails. Cider Maker Greg Johnson joins ANXO following years at Virtue (MI), which has been one of the largest cider barrel-fermentation facilities in the country.

“The tasting room at Kennedy will showcase ANXO’s ciders while also serving as Brightwood Park’s neighborhood bar. We are thrilled to join this vibrant community and look forward to contributing to its growth” says Sam Fitz. “Whether you want ANXO’s newest release or you just want a cold one, the tasting room will be the spot.” 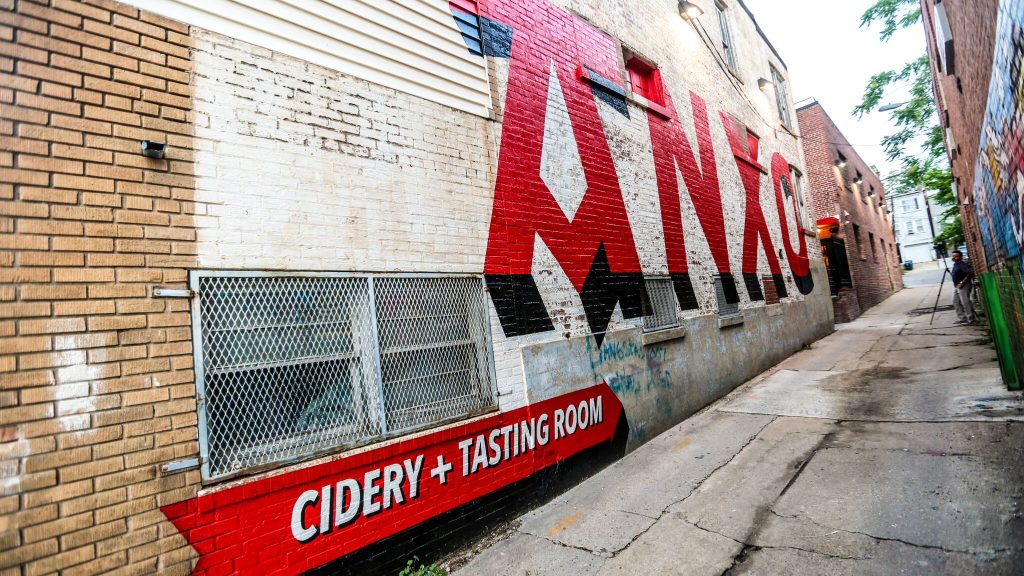 THE SPACE | The 1170 square foot space was designed by Architect Michael Blake of bestudio, who also designed ANXO’s first location. 711 Kennedy has its original, restored windows and doors, and features two large garage-style doors that open up the space when weather permits. The Tasting Room holds 30 and seats 13 at the bar, where the bar-top was custom made by Haigh De Castro LLC. The summer garden courtyard will hold an additional 13 patrons with ten seats.

THE CIDERY | ANXO Cidery features three casks, all from the Chianti region of Italy, stacked in a pyramid. Two are 660 gallons, and one is 330 gallons. In addition to the casks, the space features two 1000 gallon stainless-steel fermentation tanks, and a bright tank for packaging use. With this lineup of equipment, ANXO will be able to carry out every step of the cider-making process onsite. These DC-made ciders will be available in Fall 2017.

“ANXO garnered my interest because of the culture they are trying to build around proper cider, internally as a company and externally to show people what cider can be,” says new Cider Maker Greg Johnson. “I also share the desire to produce ciders with meaning and depth through apple selection, unique fermentation, and blending to create a new experience that is hard to find anywhere else.” 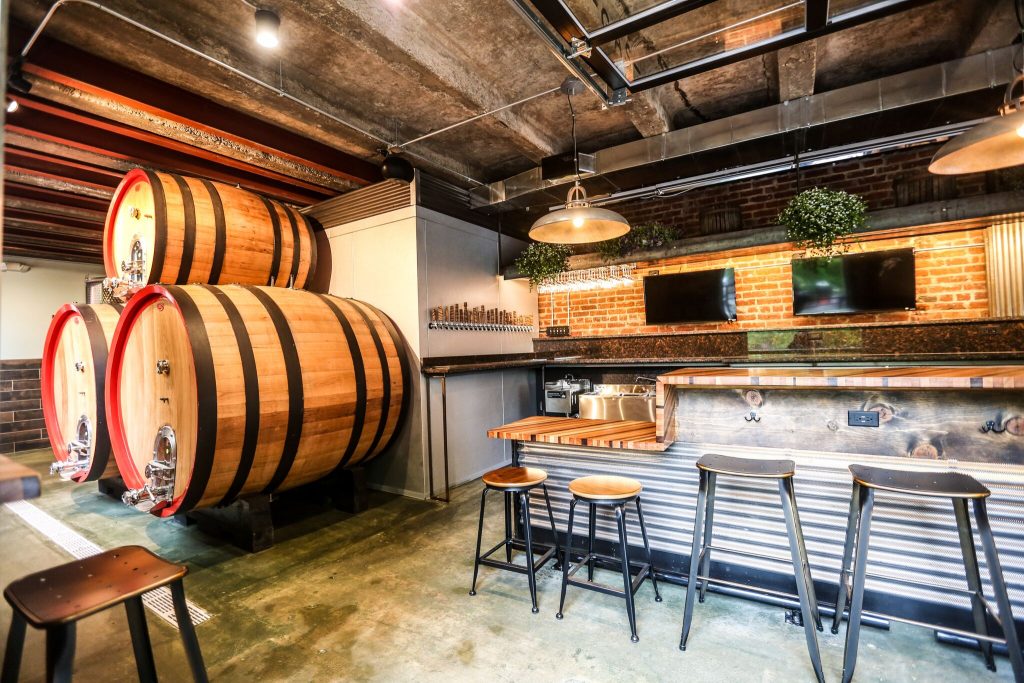 GRAND OPENING WEEKEND | ANXO Cidery’s grand opening weekend is also the release of ANXO + Eden Collaboration #7. This cider, made with Eden Specialty Ciders in Newport, Vermont, is a blend of four Vermont heirloom apple ciders. This blend features the refreshing tart acidity of Dolgo Crabapples balanced with a hint of sweetness from an added touch of the 2013 vintage of Eden’s world-renowned ice cider before bottling. Bottles will be available for $14.99 each. The bar will be tapping a keg of ANXO + Millstone Collaboration #1, which won a GLINTCAP Silver Medal in 2016 and hasn’t been available in the DC area for over five months. Bottles of Collaboration #3, also made with Eden, will be for sale. All ANXO collaboration ciders and housemade ciders will be on draft upon opening.

While ANXO Cidery will normally be closed on Mondays, we will be open on Memorial Day from 11am-7pm to host Sardinada: a Catalan-style sardine grill to commemorate Spanish fishermen. Chef Alex Vallcorba will be grilling whole sardines and serving them with grilled pan con tomate from 11am-4pm. 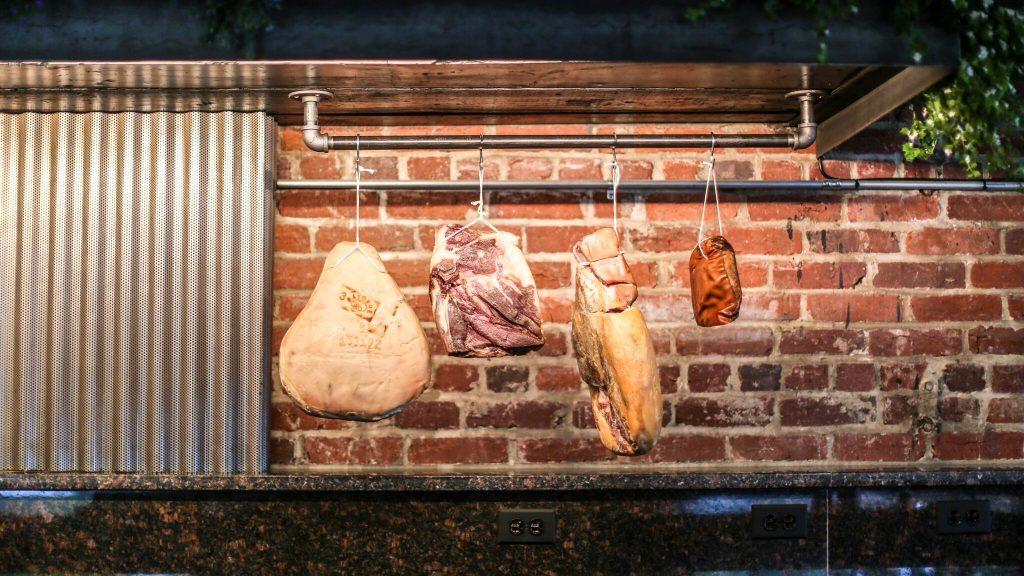 ​A selection of imported Spanish meats hangs at the end of the bar Credit: Farrah Skeiky/Dim Sum Media

ABOUT ANXO | ANXO Cidery aims to reinvigorate interest in traditional cider, one of the Mid-Atlantic’s oldest drinks. A focus on close relationships with local and international cider makers has yielded an unparalleled and highly curated selection of ciders, with Food & Wine Magazine naming ANXO one of the Best Places to Drink Cider in 2016. ANXO’s first Cidery & Pintxos Bar was the first licensed winery in DC since prohibition, and is listed in the 2017 Michelin Guide of Washington, DC. The two locations are owned by Director of Operations Sam Fitz, Director of HR and Community Outreach Rachel Fitz, Beer Director and Designer Cooper Sheehan, Executive Chef Alex Vallcorba and his wife Sara Vallcorba. Expert Cider Maker Greg Johnson joins the team for the opening of the ANXO Cidery in Brightwood Park. Mollie Benson and Zack Dratch serve as Co-Beverage Directors to both locations. 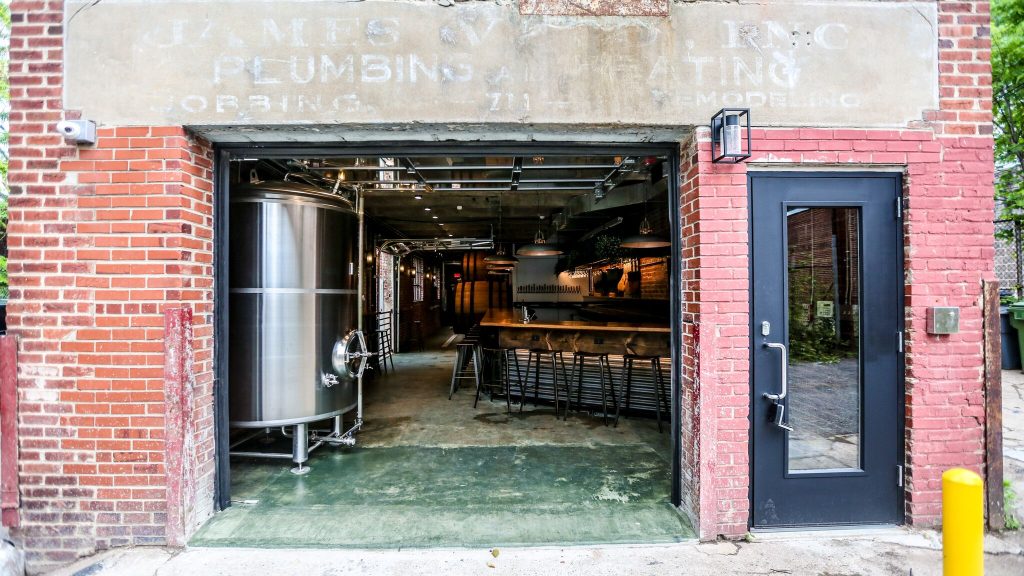