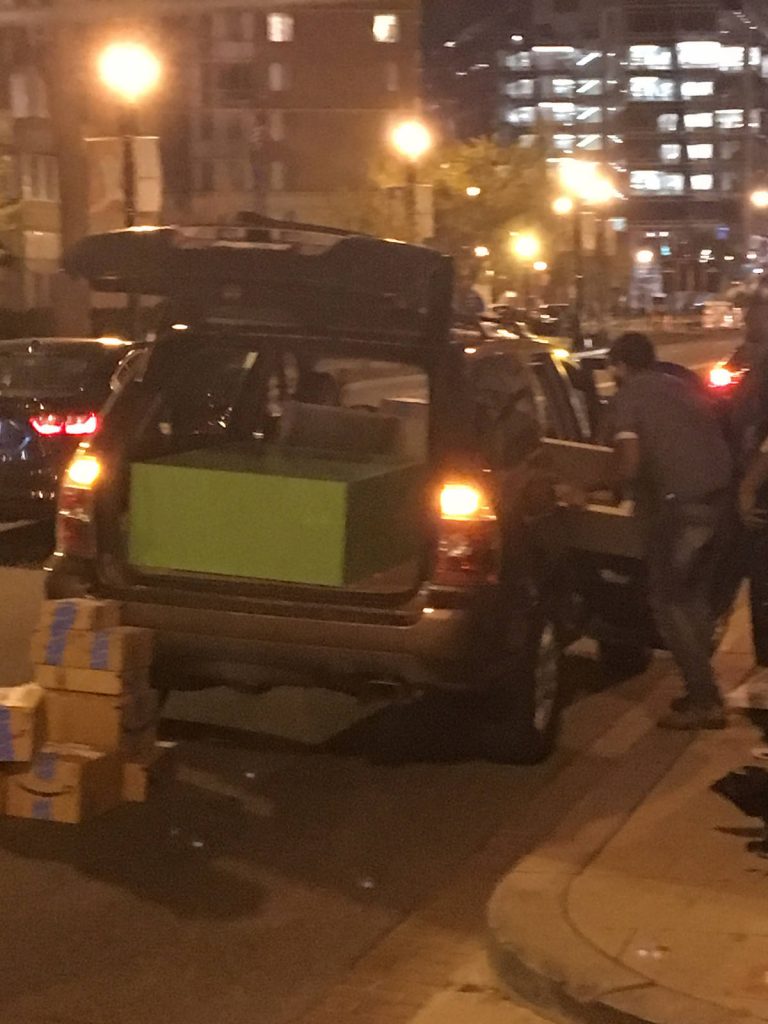 Across from the building I was having drink at, Sixth Engine, I noticed a situation going on. Seems like people were being evicted. Earlier a couple had been out front and upset to come home from work to find their belongings on the sidewalk. They both left and and everything remained. While it’s none of my business what happened, I was surprised to see some people roll up and start loading the stuff into an SUV. The items had been on the sidewalk for a while and the people who came out of the SUV seemed more interested in picking through the items for things of value than movers would have.

Attached is a picture of the SUV loading the evicted people’s items into it. Does it seem odd that they had to clear out a lot of unopened Amazon boxes to make room for other things as well?”