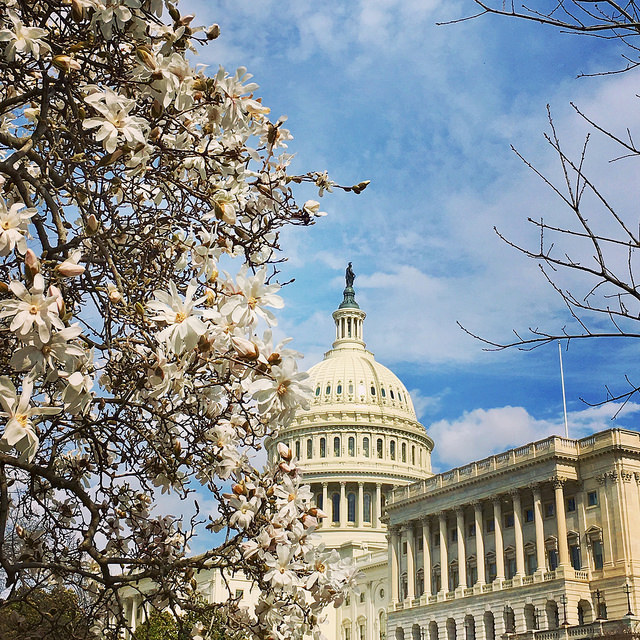 “We are here today because we are setting a bold path forward for DC statehood. DC’s values are American values – we all value democracy and believe that our country’s power should reside in the people,” said Mayor Bowser. “Washington, DC has a self-sufficient, effective and responsible government; we are no more reliant on the federal government than any other city or state. Washingtonians serve our country in the military and pay more per capita in federal taxes than every other state, yet when the U.S. Congress votes on important issues that affect all Americans, we have no representation. It is time to fix this great civil rights injustice and give the 681,000 residents of Washington, DC full access to our country’s democracy.”

In the past, Congresswoman Norton has introduced DC statehood bills with each new Congress, previously known as the New Columbia Admission Act. The bill introduced in the 115th Congress will reflect the statehood efforts of the New Columbia Statehood Commission and the historic support of 85.6 percent of voters on the November ballot question. This is the first time that the bill will be called the “Washington, DC Admission Act” to reflect the new name selected by the DC Council.

“Today we have taken DC statehood to the next level,” said Congresswoman Norton. “Congress has received the petition for statehood reflecting the 85 percent vote by residents of our city; I have introduced the statehood bill with more original cosponsors joining me than ever before; and we had with us Senator Tom Carper, who held the first-ever Senate hearing on statehood and is the principal sponsor of the Senate statehood bill. I look forward to working with our leaders to continue garnering historic support for statehood in Congress, the District, and throughout the nation.”

“It is the height of irony that residents living within walking distance of the U.S. Capitol, a symbol of representative democracy recognized around the world, continue to be denied full representation within its walls. The more than 650,000 residents of the District of Columbia are bound by the laws set by Congress, pay federal taxes and fight and die in our wars like all other Americans. In return, they are owed equal representation in Congress,” said Senator Carper. “This bill would end a longstanding injustice and make the District of Columbia the state of Washington, Douglass Commonwealth with full voting rights in Congress. I look forward to continuing to work with Rep. Norton, Mayor Bowser and my colleagues in Congress to finally do the right thing by these Americans.”

The bills will be referred to the Oversight and Government Reform Committee in the U.S. House of Representatives and the Homeland Security and Governmental Affairs Committee in the U.S. Senate. Each Committee will have the opportunity to hold hearings and consider the legislation in order to bring it to a full vote. If passed by a simple majority in both chambers and signed by the President, the bill will become law and the State of Washington, DC will finally be admitted to the Union.“