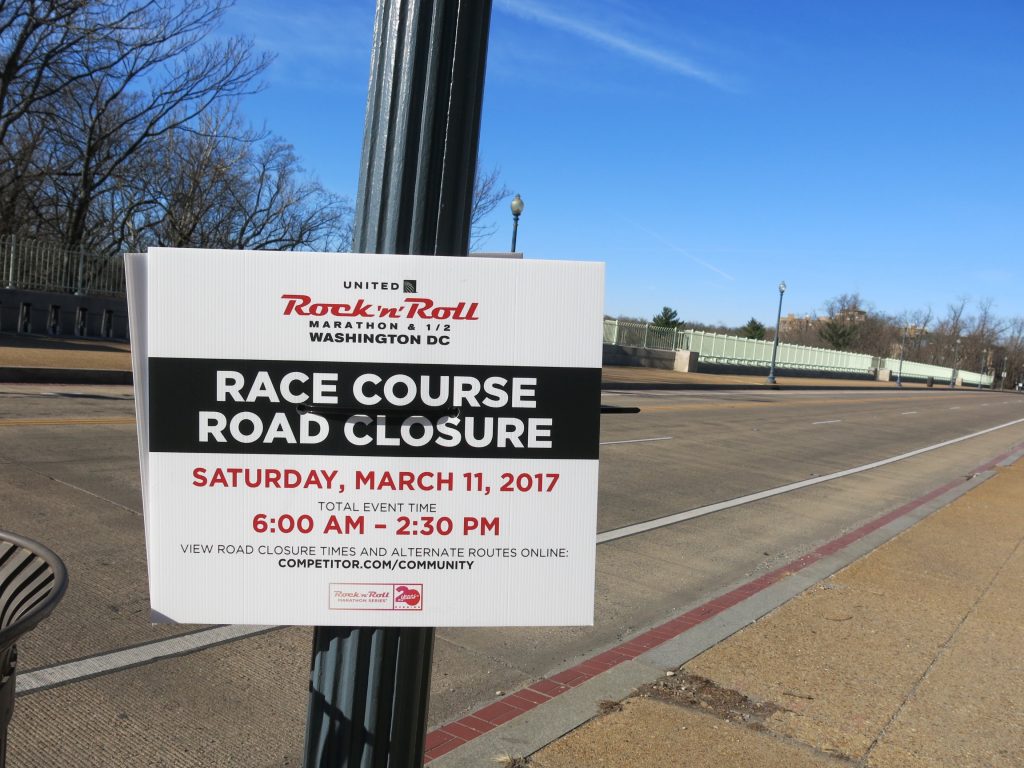 “The Metropolitan Police Department wishes to advise the public that the 2017 Rock ‘N’ Roll Marathon is scheduled to be held on Saturday, March 11, 2017. In order to facilitate this event there will be no vehicular traffic allowed along the routes of the race.

The race is scheduled to begin at approximately 7:30 am; however some street closures will begin as early as 2:00 am. All streets affected by this event are expected to be reopened at approximately 3:00 pm. 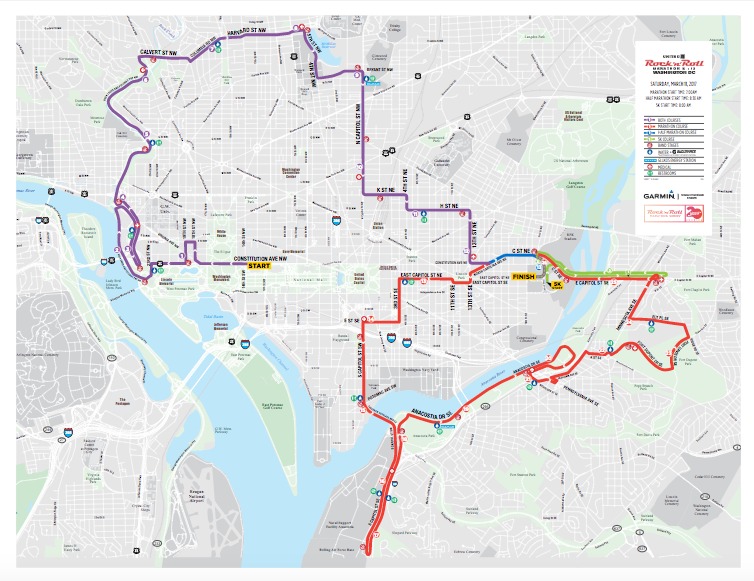 · Right at Virginia Avenue, NW and merge onto I Street, NW

· Continue on I Street, NW to Potomac River Freeway

Half Marathon Turns only:

· Half Marathon Finish (near RFK Lot 3)