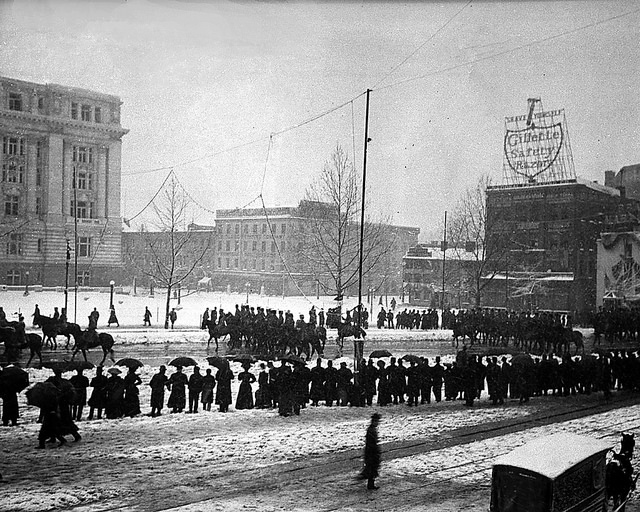 Photos courtesy Council of the District of Columbia 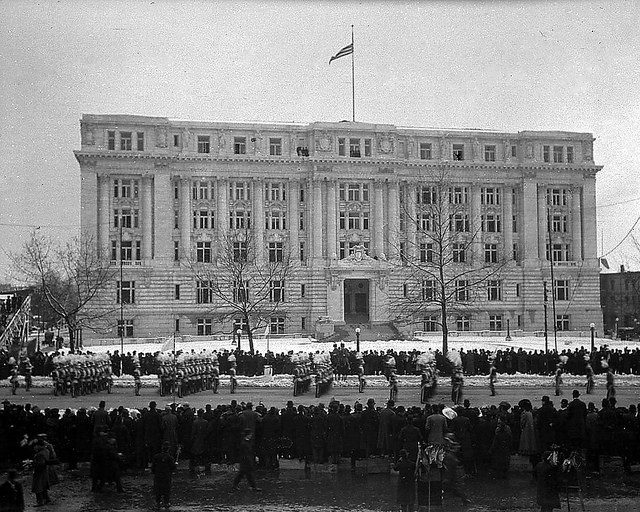 Through its ongoing effort to highlight elements of the history of the District government and its headquarters, the Council has discovered a cache of 108-year-old photo negatives featuring unique local subject matter. 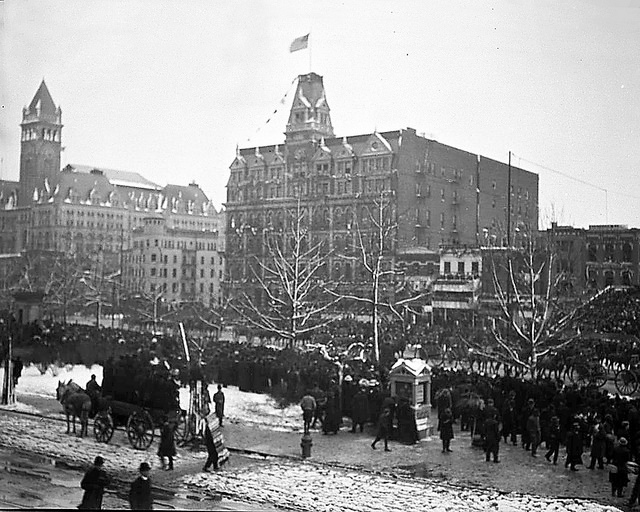 · The Inaugural Parade of William Howard Taft as the 27th President on March 4, 1909

· The District (now Wilson) Building just months after its dedication

Photos drawn from these negatives, perhaps the first to see the light of day in a century, are on display in the Ground Floor Atrium of the Wilson Building. For full details on the exhibit, please see below.

Why the Photos are Historic

The photo negatives were discovered on eBay, and came from the collection of Ambrose Swasey, an engineer who specialized in the development of astronomical instruments. It is unknown if he was also the photographer. Swasey, like Taft, was from Ohio.

William Howard Taft: Friend of the District of Columbia

William Howard Taft was the chosen successor of his predecessor, President Teddy Roosevelt. His Inauguration occurred not in January but in March, as was the case for all Presidents prior to passage of the Twentieth Amendment to the Constitution in 1933.

Besides the historic snow and cold (see details below), the Taft Inauguration was memorable for another reason. For the first time in American history, First Lady Helen Herron Taft accompanied the President on his ride from Capitol to White House after taking the Presidential Oath. Though it is not definitive, one of the rediscovered images appears to show President and Mrs. Taft on this return trip.

Taft was a noted friend of the District of Columbia, most notably as a vocal advocate for the return of Alexandria County to the District. Taft felt that retrocession (the 1846 return to Virginia of the land it has offered up for the District’s creation) was unconstitutional.

Taft lost his bid for a second term to his then-rival, Roosevelt, and his successor, President Woodrow Wilson. Taft later served as Chief Justice of the Supreme Court from 1921 to 1930.

“Under the worst weather conditions that have prevailed on an inauguration day in the memory of the oldest Washingtonians” (according to the Washington Star newspaper), President Taft was inaugurated. The ceremony was moved from the East Portico of the US Capitol to the Senate Chamber. While only ten inches of snow fell, it was a heavy snow blown into drifts by the strong winds.

“This is a calamity,” said Senator Henry Cabot Lodge as he looked out from the Capitol on the snowed-in seats and stands.

Although the swearing-in ceremony was moved indoors, the Inaugural Parade proceeded as planned. District employees worked through the night to clear Pennsylvania Avenue of snow, and to spread sand on the road. According to the Joint Congressional Committee on Inaugural Ceremonies, “It took 6,000 men and 500 wagons to clear 58,000 tons of snow and slush from the parade route.”

The photos are on display in the Ground Floor Atrium of the John A. Wilson Building, located at 1350 Pennsylvania Avenue, NW. Best accessed from the D Street (rear) entrance, the Atrium is located just beyond the security desk. The exhibit is open during weekday business hours. Please note that on January 19, due to federal security restrictions for the Inauguration, access to the Wilson Building will be difficult. On January 20, Inauguration Day, the Wilson Building will only be open to pre-cleared individuals.”

Read more →
More Stories
“U.S. Park Police said Friday that they were told in both cases that the robbers had a “machine gun.”Today’s Rental is an “open concept 1br/1ba apartment”