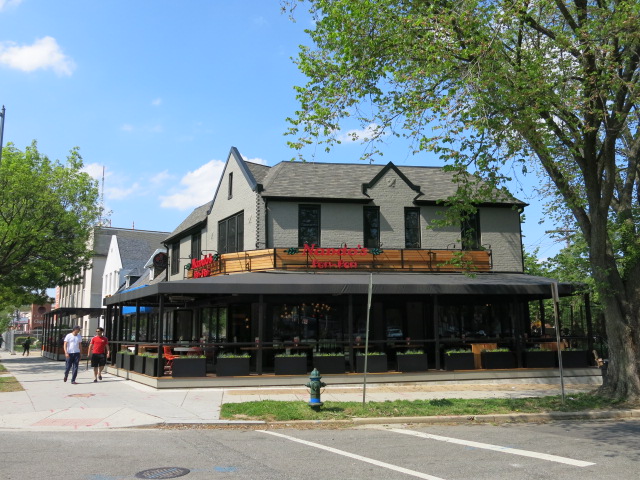 “Starting today and running through the Inauguration, Nando’s PERi-PERi is launching a campaign at all of its Washington, DC, restaurants that declares “#Everyone Is Welcome.” Hatched after one of the most divisive elections in our nation’s history, the campaign expresses Nando’s belief in the values of inclusion, diversity and mutual respect. 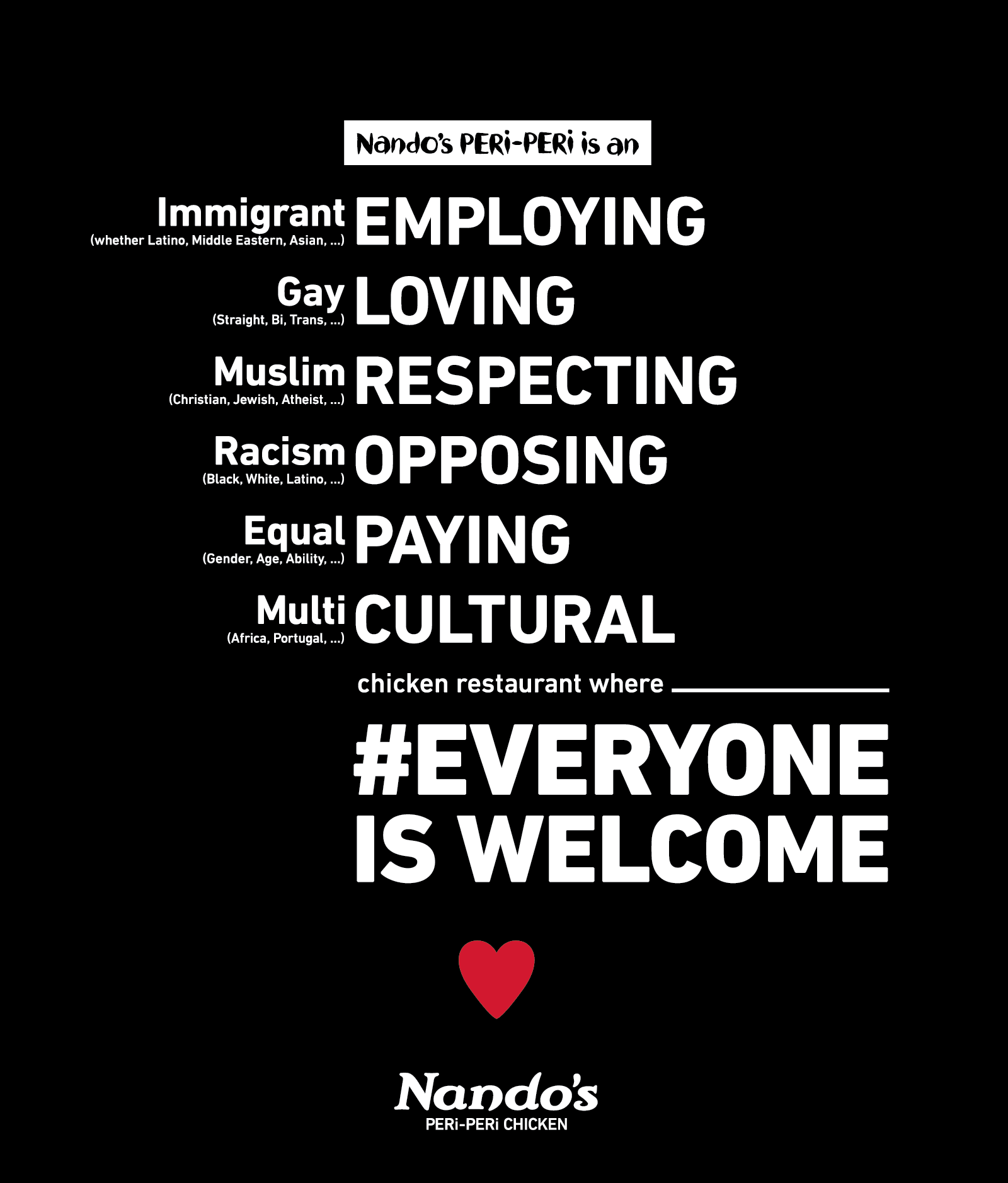 Nando’s also is distributing 60,000 free posters to Washingtonians that state “#Everyone Is Welcome” with an oversized heart. The front of the poster is not branded, to encourage widespread display. On the back, the posters include the Nando’s statement and add: “Even if you’ve never sat at one of our tables, you’re welcome to stand with us.” The posters will be included in copies of the free Express newspaper, available at Metro stations throughout Washington, DC. Nando’s also will pass out the posters at its DC restaurants and encourage shop owners, restaurants and DC residents to download printable versions of the poster at everyoneiswelcome.us, for display in public places.

“During the Inauguration, we want to make it clear that Everyone Is Welcome at Nando’s and in DC. As the saying goes, even if you’ve never sat at one of our tables, you’re welcome to stand with us,” said Burton Heiss, CEO of Nando’s PERi-PERi. “This is a statement of who we are, and the values that our company and employees hold dear. It is meant to be as inclusive as possible. We hope that the campaign will catch on and start a conversation about understanding and respect.”

On Inauguration weekend, Nando’s also will make a donation to its longstanding partner, the DC Central Kitchen, which is helping to break the cycle of hunger in Washington. Nando’s will donate 50 percent of all net proceeds generated at its six DC locations on January 20 and 21.“

Read more →
More Stories
Photos from PoPville – Dupont UndergroundPalisades Peeps “is the noise from the airplanes really as constant and loud as the articles are making it out to be?”