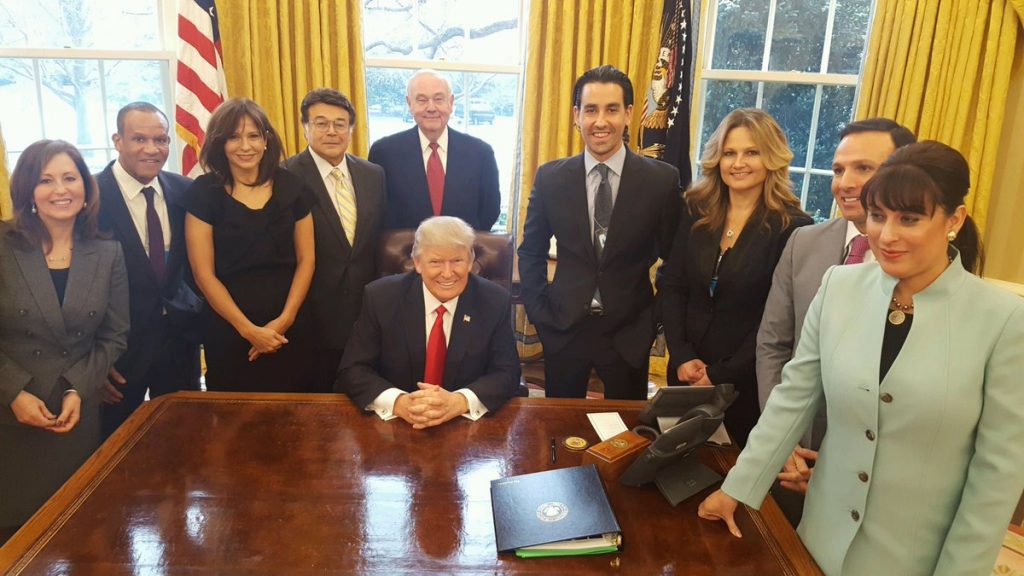 Thanks to all emailed updates about the Taylor Gourmet/President Trump meeting yesterday.

Trump tweeted a photo of the Taylor guy standing over his shoulder and smiling as he signed this horrendous executive order today that’s trying to undo major health, safety and environmental regulations:

The American dream is back. We’re going to create an environment for small business like we haven’t had in many, many decades! pic.twitter.com/ZuJNaN6z8b

The Taylor guy is claiming in a tweet that he was just going to share his views with Trump. In reality, he was being used as a prop to smile while Trump did the work of big polluters and the US Chamber of Commerce.

Here’s what some top consumer and environmental groups said today about the very Executive Order Trump was signing and that Taylor guy was standing over his shoulder smiling for:

Sierra Club: “What this means is that for every restriction on immigration or tax break for big oil companies that is put into place, Donald Trump will also be able to throw out two clean air and clean water safeguards. The safeguards that Trump wants to throw out are those that ensure we can fulfill and implement laws deeply valued by Americans, like the Clean Air and Clean Water Acts, meaning this shameless pandering is willfully ignorant of Congressional mandates. This is a dangerous, deadly plan to undermine the laws that protect our environment, our workplaces, and our families and Trump should expect fierce resistance.”

Center for Science in the Public Interest (leading organization on federal food safety policy): “Certainly in the food safety world, responsible business leaders supported the Food Safety Modernization Act, which required the writing of new regulations that keep produce, packaged foods, and imports safe.,,Rather, this executive order springs from a cartoonish and unsophisticated view of the regulations that keep our air clean, our water potable, our food safe, our planes from crashing, and so on, and ignores the public health benefits of those rules. It may make for a fine photo opportunity but this edict signed today is not itself serious. The consequences, though, may well be.”

Public Citizen: “It will result in immediate and lasting damage to our government’s ability to save lives, protect our environment, police Wall Street, keep consumers safe and fight discrimination. It will fundamentally change our government’s role from one of protecting the public to protecting corporate profits, and will lead to a dangerous new era of deregulation and corporate “self-regulation.””

Consumers for Auto Reliability and Safety: “threatens to roll back lifesaving auto safety regulations that prevent fatalities and injuries in car crashes, and that prevent crashes from happening. It also threatens to undermine public confidence in the safety of new vehicles”

Consumers Union: “We believe it is the role of government to set reasonable rules for the marketplace that protect consumers from dangers like predatory lending, dirty air and water, foodborne diseases, and unsafe medications. This order is telling federal agencies to trade off one rule that improves health or safety for two other rules, and that does not make sense.”