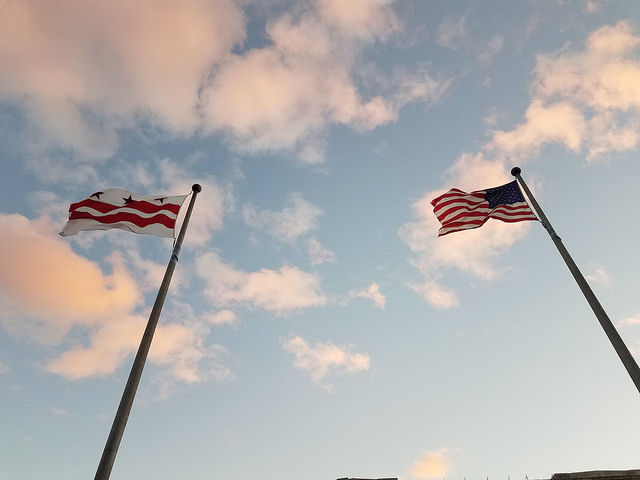 Thank you for running the post on “Who Should DC Residents Contact?” on Monday. I have been wondering the same thing, and some of the comments were very helpful. A comment left by Hillary, re: Chaffetz potentially getting challenged in his district by another Republican candidate, made me wonder. Is there an organization or a group that coordinates helping elect representatives and senators in other states, specifically those that are running in opposition to incumbents who are known to screw with DC? I would be very interested in supporting candidates that could potentially unseat current Congress members and Senators that can’t help themselves but meddle in our business, and I imagine I’m not alone. So, if there isn’t already a group in place, we need to organize.”

You ran a story on the 23rd about who DC residents should contact and someone had the great idea of contacting Chaffetz about 311 requests since he wants to govern DC anyways. I thought this was a great idea, but I actually had a different one.

Since yesterday I have called Rep. Chaffetz’s Utah office and politely explained that I live in DC and I can’t vote for him. I then tell them that because he has decided to not focus on representing the people of his district, but rather wants to micromanage my life in DC, I have decided to inform his constituents about this. I have also decided not to vacation in his district anymore. I have cancelled a trip to go to Arches and Canyonlands and will travel to some other National Parks instead. I then tell them that I am going to call 10 restaurants and hotels a day and tell them to ask their congressman to focus on them, not on me and I ask them to support Damian W. Kidd in the primary. I then go ahead and actually call 10 random hotels or restaurants with this message.

Now Mr. Chaffetz won his primary last time by 34,000 votes and even if I manage to convince 1 person a day that is still only 365 people in a year. Now this is where I am asking you for help, if you think this is a good idea. If we can get 100 people to do this that would be more than enough votes and maybe we don’t even need all those votes for him to notice and let us decided some things ourselves. Yes, I know this is super unlikely to work, but if nothing else it helps me vent some frustration every morning and I don’t feel so powerless. There are obviously other Congressmen that are guilty of this same behavior, but to me it seems Mr. Chaffetz is the worst, but I could be wrong.”