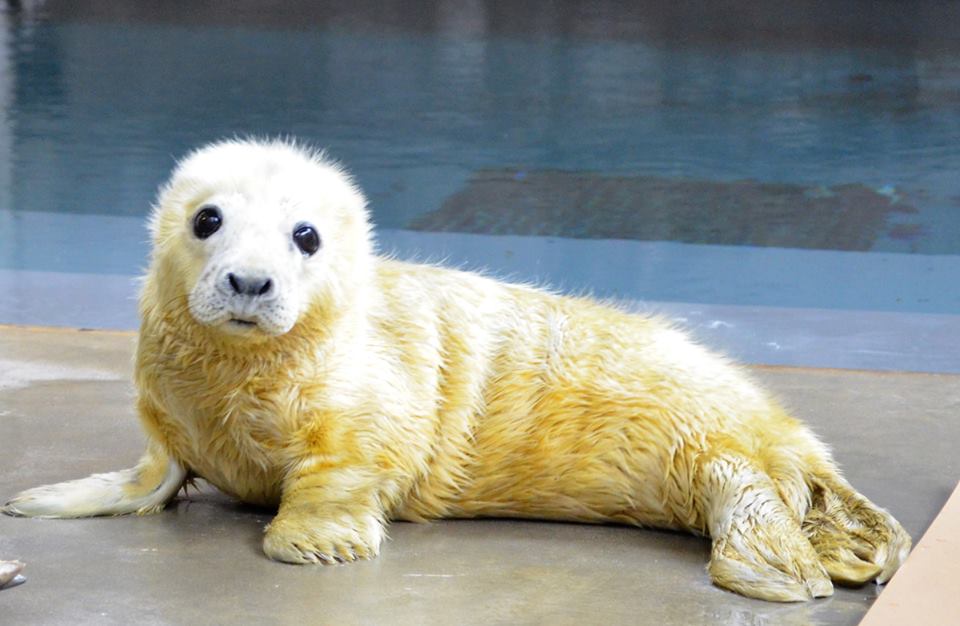 “The Smithsonian’s National Zoo’s American Trail team is celebrating the arrival of a female gray seal pup, born Jan. 21 at 12:43 a.m. to mother Kara. Keepers are closely monitoring the pup, which appears to be nursing, moving and bonding well with mom. At 33 years old, Kara is the oldest gray seal to give birth in a Zoo. This pup is the third for Kara and 26-year-old father, Gunther.

Animal care staff are cautiously optimistic that the pup will thrive, and Kara is caring for her pup without interference. The pup weighed 37 pounds as of Jan. 24. Around three weeks of age, the pup will wean and shed her white lanugo coat, revealing a gray and mottled pattern similar to that of the adults. Once she is weaned, keepers will slowly introduce the new pup to the other members of the colony. She will join the Zoo’s adult gray seals and two harbor seals, Luke and Squeegee, on exhibit and public view in the spring.” 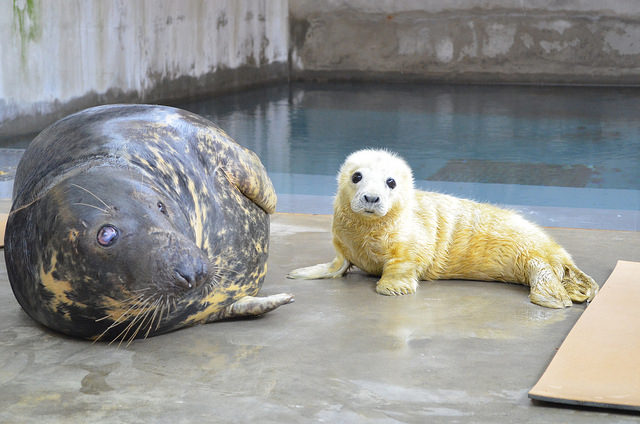