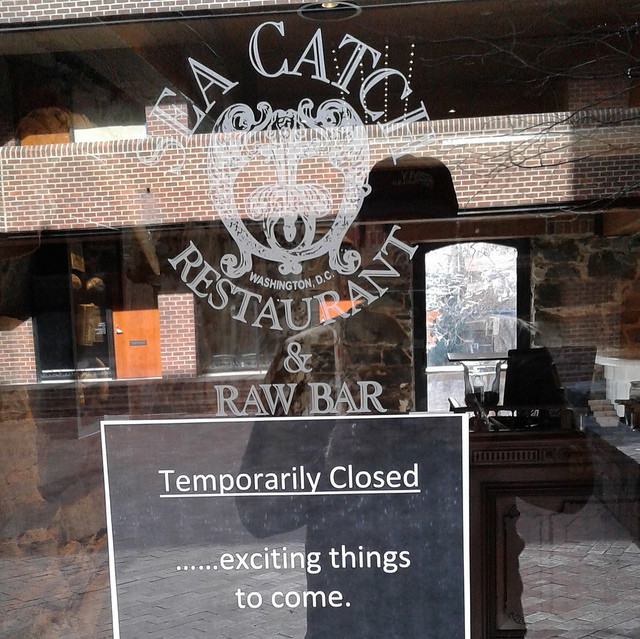 Thanks to Andy for sending.

“The Sea Catch Restaurant & Raw Bar announces the closing of their doors as of January 29, 2017. This comes after being in business for over 30 years and serving up some of the finest seafood and having the best raw oyster bar in the area.

“The restaurant was a big part of the community for over three decades. We thank all the diners who supported us over the years.”

There will be something new in the future. Plans of what that entails have not been released at this time. The restaurant was a favorite of locals and tourists alike, specializing in an extensive raw bar, seasonal menus, and offering a variety of locally sourced seafood. Sea Catch Restaurant & Raw Bar, was located at 1054 31st St. NW in Washington, D.C.”