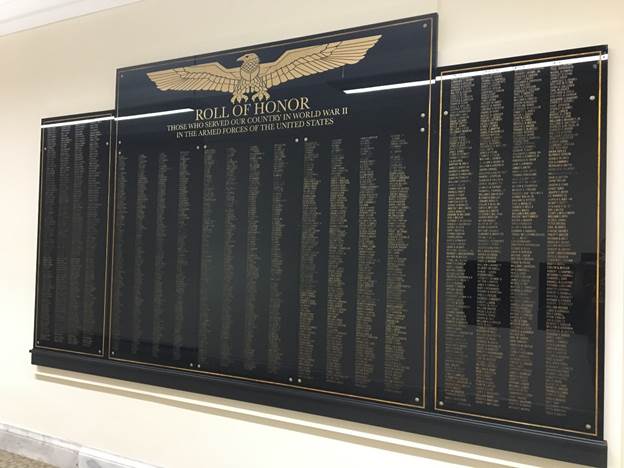 After spending two decades broken and forgotten in a closet, then another five years languishing in a mystery status with no known identity, the Memorial’s original purpose was rediscovered in early 2016.

The memorial, measuring nearly 12 feet by 6 feet, honors the nearly 2,000 DC government employees who served during World War II. Their war service is especially poignant given that they could not vote neither for their Commander-in-Chief, nor for a representative or Senator in the Congress that declared and funded the War.

To visit the Memorial, enter the Wilson Building through the 13 ½ Street entrance, then take an immediate left.

This article describes the detective work it took to rediscover the Memorial’s history, and includes links to the original historical documents on which that work relied. The memorial’s historic timeline is included below.