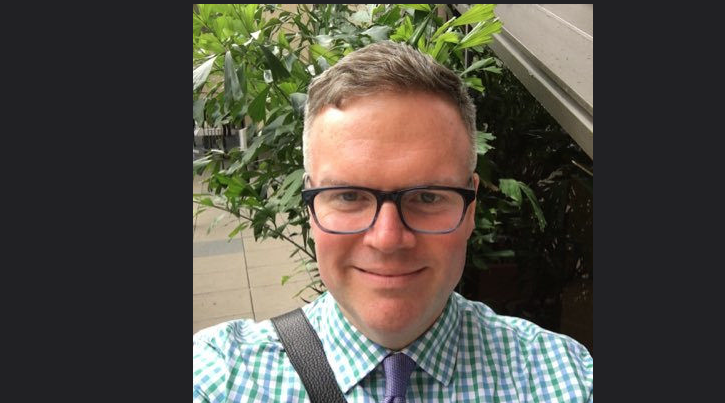 The Washington Post reported the integral role Padget played in tipping off the police to the person of interest wanted in the disappearance and subsequent death of Tricia McCauley:

At 10:21 p.m., D.C. police issued a “critical missing alert” for McCauley, with a picture of her and descriptions of her car and a man who may have been seen driving it. It flashed on Jonathan Padget’s phone as he walked his dog about midnight near 21st and P streets Northwest. He knew McCauley through his involvement in D.C. theatre.

Padget said he saw a white car parked on P Street with a man in the driver’s seat smoking a cigar or cigarette, with music blaring. “He was bouncing around to the music,” Padget said. “He was looking directly at me.”

Padget, a freelance writer, said the man stuck his head out the window and angrily asked, “Hello, sir, how are you?” He then drove off, but not before Padget noticed that the license plate matched the one on the police alert. He called police, who found the car three blocks away.

More Stories
Days Away from Dunkin in Tenleytown“heads up, the twenty-for-two-tens scam artist has been hanging around Metro Center for the past couple of days.”