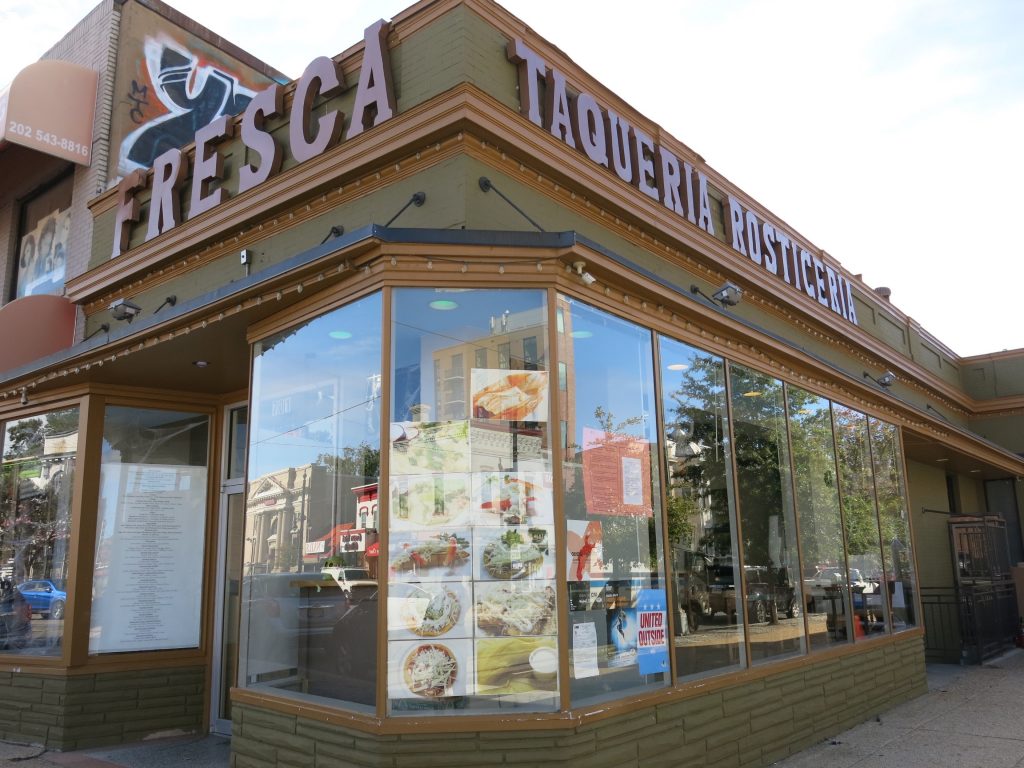 “New restaurant with 50 seats and a Total Occupancy Load of 50. Serving Mexican cuisine. Restaurant also has a Sidewalk Café with 48 seats.”

This is the former former ‘The Spot’ deli (and Grace Deli before that) – what’s the early word on Taqueria Rosticeria Fresca who opened up back in January?

“Original taste of Mexico with an addition of Peruvian style chicken”

Check out their menu after the jump. 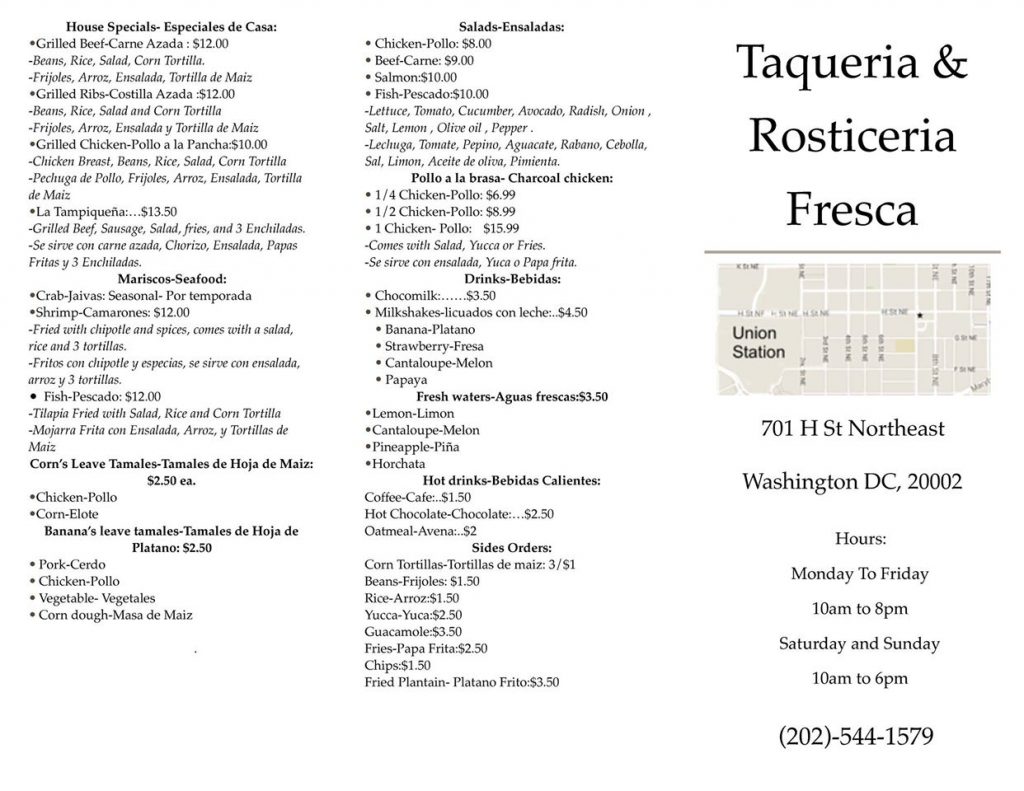 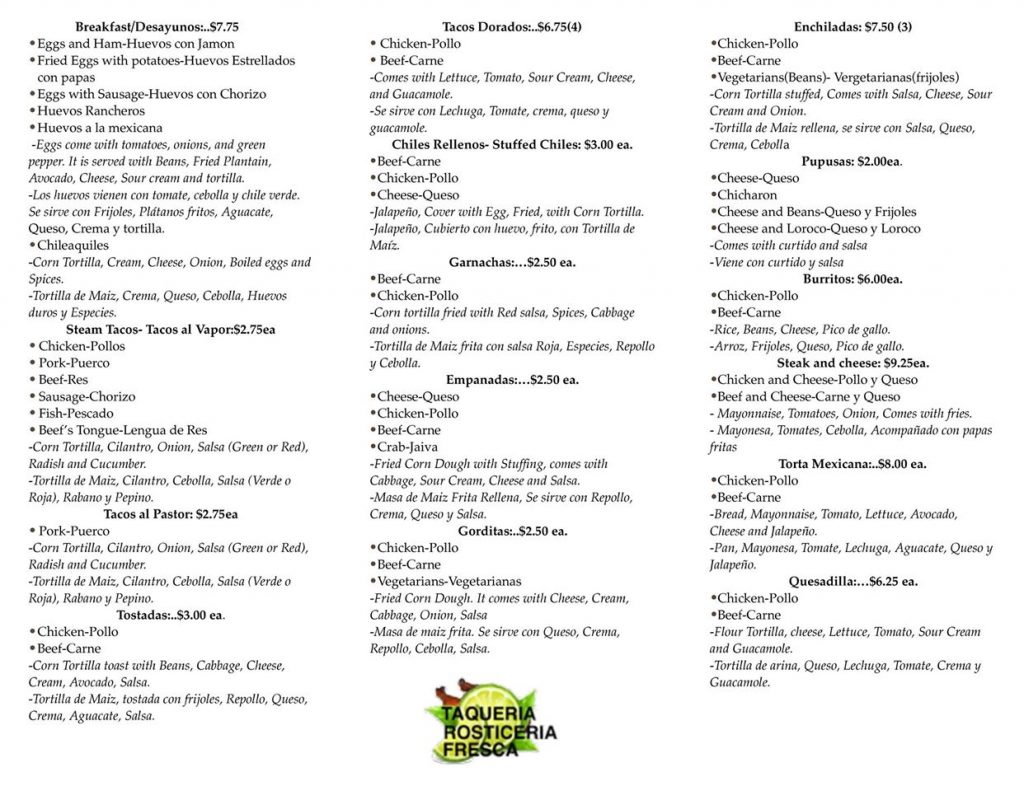