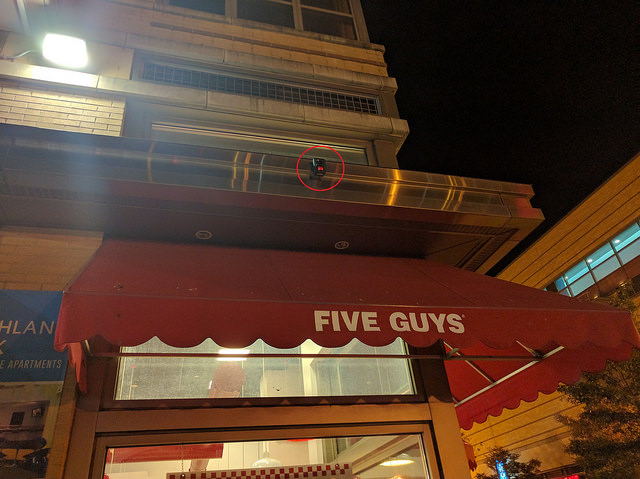 Ed. Note: Back in August 2010 we broke the news that an anti loitering device called the mosquito was placed outside the Chinatown Gallery Place Metro station. After complaints the device was removed within two months.

Update: Just got off the phone with the folks from Donatelli and as one commenter suspected – it was a device to keep the pigeons away! But because people have complained that they could hear it (more than OP here) they have taken down the devices today.

There are two noise-making devices, one just outside the Columbia Heights Metro above Five Guys and the other about 75 feet away above Potbelly. Both make intermittent, high-pitched squeals that are piercingly loud, at least to my 30-year-old ears. I could even hear them inside the Metro station. I come by this area at least twice a day during the week and first noticed the sound at 6:30 p.m. today. The machines were still going at 9:30. Two security guards in the plaza with Special Police badges told me they had never seen the devices before and believed they were new.

These devices, which likely violate the DC Human Rights Act, were installed in a public space without any identification of who installed them, how the decision was made, and what purpose they serve. Their existence infringes on the rights of young people and the underemployed, housing insecure individuals who frequent this public space. They’re also a real bother to those of us with young ears who just want to get some food or use the Metro. I call on the property owner, which I believe is Donatelli Development, to remove the devices immediately, and on the city to ensure that property owners remove these devices from public spaces. 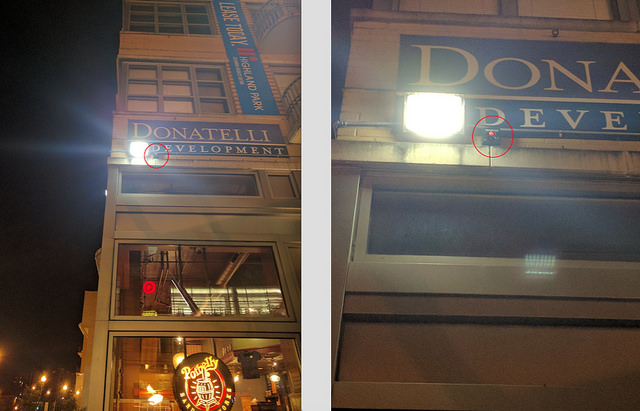