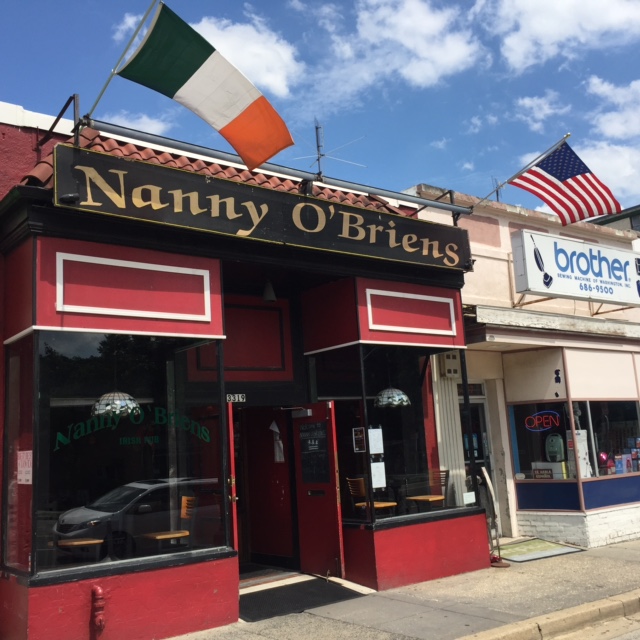 I’ve said it before and I’ll say it again, for those who live in this part of North Country, thank God for Nanny O’Briens.

“We are kicking off DC Beer Week 2016 with our friends at RAR Brewing! Join us Sunday afternoon September 25 starting at 1pm and enjoy 6 unique brews from this fantastic Maryland brewery. On tap we’ll be featuring recent brewery exclusives like like 1st Meal Breakfast Stout, Albino Shades Pale Ale, Pulp American Pale and Wood’r American Wheat. We’ll also have two exclusive collaboration brews: Walk of Shame Blonde Ale with Aslin Beer Company out of Virginia and Hoof RAR’ted DIPA with Hoof Hearted Brewing out of Ohio the latter is an exclusive to the District for Beer Week! These beers pair perfectly with all of that day’s NFL games on our 7 flatscreens and 2 projectors. A representative will also be on hand around 6pm to talk shop and hand out swag. Hope to see you then and cheers to Maryland beer in DC!

On September 28th come join us for our second On the Wings Wednesday event of the year, this time celebrating DC Beer Week! For this go around our pals in the District DC Brau Brewing Company will be splitting our taps with Delaware’s Dogfish Head Beer starting at 5pm coinciding with our tasty, weekly 50¢ wing special. All beers will be on special for $7 until 10pm with four from Brau including On the Wings of Armageddon DIPA, Oktoberfest, Pils and Nitro Corruption IPA and four from Dogfish including 120 Minute IPA, Punkin Ale, Festina Pesche Berliner Weisse and 60 Minute IPA. Live music from Zachary Cutler and Alison Carney will set the atmosphere while representatives from both breweries will be on hand answering questions and handing out swag. Hope you can come hang with us for the best #WingWednesday of the year!”

Read more →
More Stories
“Our last day of operations ends on the 27th of September at 12:00 midnight.”Anyone Know Where the Polls Will Be For Folks Who Vote at Marie Reed?