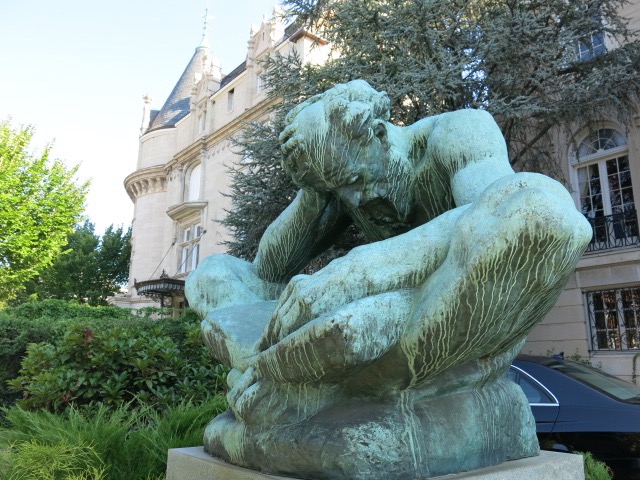 Update from The Delano Apartments:

“We wanted to clear up confusion since the article “I don’t know what kind of person takes the belongings of a recently homeless elderly woman in front of her while she cries” which was posted on 9/2/16 at 12:45pm is almost entirely fabricated, and we wanted to explain what actually happened.

There was an eviction which occurred, however the evicted was someone who was deceased. This person did not have any family, next of kin, will, or anyone with power of attorney. This was a very sad and unfortunate situation, and after attempts to contact anyone who could possibly hold power of attorney failed, unfortunately eviction is the only option. During an eviction, federal marshals oversee the whole process and require everything in the home be placed on the sidewalk.

It is extremely disappointing that the writer fabricated the events in this blog post, adding confusion and controversy to what was already a very sad event.

An elderly African-American woman was evicted from her apartment on 29th St NW between Woodley Park and Calvert St on Monday afternoon. Her belongings were placed on the street in front of her building after the eviction.

I’ve always been taught that an evicted individual still owns their belongings, even if the sheriff has placed them on the street. Only after a reasonable period of time – maybe a day or so – can the public assume that the belongings have been abandoned.

So I was pretty horrified to come home from work on Monday to see that crowds of young professionals were sorting through the woman’s belonging’s and taking them very soon after the eviction. The woman was still standing on the street, and later near the door of her building, sobbing audibly for everyone to hear as they made off with her life. I saw some people from her own building walk right past her and through the doors with her furniture, not even making eye contact with her.

I don’t know what kind of person takes the belongings of a recently homeless elderly woman in front of her while she cries. It was pretty heartless. I know that if you leave and come back a day later, there is a chance that the dining room chair set you had your eye on may have been carried off by someone else, but maybe that’s worth not having to live with yourself knowing that you did such a rotten thing.

The age/racial differences between the victim and the perpetrators also highlights the really ugly effects of gentrification in this city – the young urban class calmly pilfering the belongings of an older African-American who has just lost her home.

Anyway, it really bothered me, and it’s been eating at me all afternoon. I just wanted to share my frustration.”