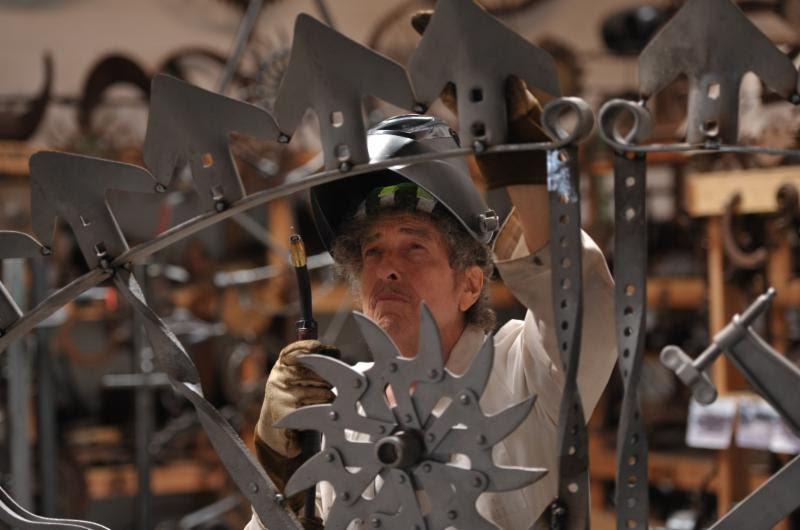 “When MGM National Harbor opens its doors in Prince George’s County, Maryland later this year, guests will be ushered into the $1.3 billion resort casino through “Portal,” a sculpted iron archway designed by legendary folk artist Bob Dylan. The 26-foot by 15-foot custom piece will adorn the west entrance as part of the property’s art collection and is Dylan’s first permanent work of art for a public space. 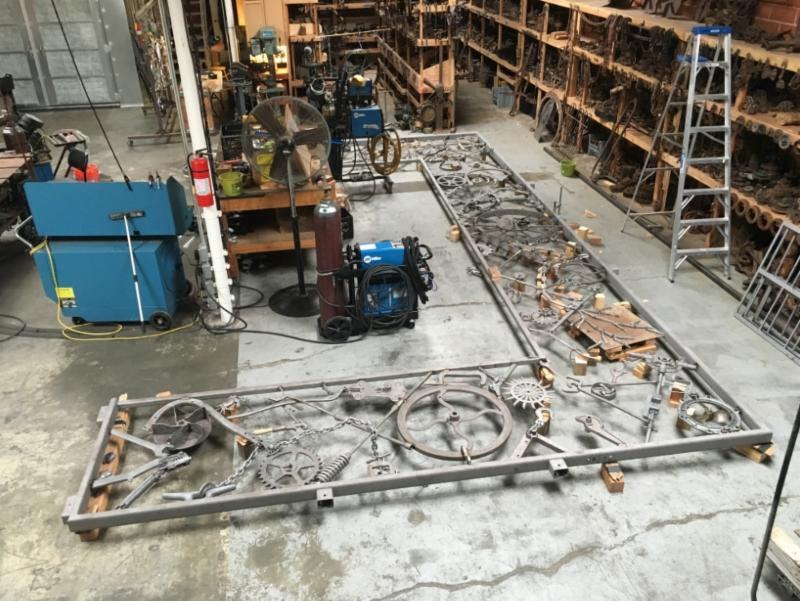 Dylan’s “Portal,” a soaring archway that spans 26 feet by 15 feet, will greet visitors as they pass through the west entrance of the new MGM National Harbor, opening later this year. courtesy MGM

“Mr. Dylan is undoubtedly one of the greatest musicians of our time, but his incredible metalwork sculptures are a testament to his creative genius and ability to transcend mediums,” said Jim Murren, Chairman and CEO of MGM Resorts International. “As a company founded upon entertainment, we’re truly inspired by artists who channel their energy into diverse paths. We’re proud to collaborate with Mr. Dylan and bring his vision to MGM National Harbor’s Heritage Collection in a way that enhances this sensory resort experience.”

Dylan has sculpted iron pieces for family and friends for the past 30 years, but it wasn’t until 2013 – at London’s Halcyon Gallery in an exhibition called Mood Swings – that his metal artwork was first viewed publicly. His works feature found objects, vintage scrap metal and industrial artifacts collected from junkyards. Dylan collects everything from farm equipment, children’s toys, kitchen utensils and antique fire arms to chains, cogs, axes and wheels. He then welds these curiosities into thoughtfully juxtaposed masterpieces. Commissioned by MGM National Harbor to envision an open entrance, Dylan hand-selected unique objects and will weld a stunning composition into a soaring archway. Guests will walk through this incredible architectural artwork entitled “Portal” as they enter the new resort.

Gates are elemental in Dylan’s body of welding work. The poet draws from their symbolism as doorways. “Gates appeal to me because of the negative space they allow,” said Dylan. “They can be closed, but at the same time they allow the seasons and breezes to enter and flow. They can shut you out or shut you in. And in some ways, there is no difference.”

Although best known as a singer and songwriter – he has released 48 albums, written over 600 songs and sold more than 110 million records – Dylan also is a prolific visual artist who has exhibited his paintings for two decades. His combined creative output has influenced American art and culture in immeasurable ways.

Dylan’s welding work pays homage to America’s industrial core as well as his personal history. He grew up in Hibbing, Minnesota, an “Iron Range” city home to one of the largest mines and iron ore deposits in the country, which supplied 90 percent of the nation’s iron for World War II. At 75, Dylan has witnessed the transition of the American economy and the subsequent hard times that befell towns like Hibbing during his lifetime. His art – from his lyrics – “The Times They Are a-Changin'” – to the discarded and often obsolete metal items he collects and welds – reflect a bygone era. As a folk artist, Bob Dylan captures the nation’s lament for the time before modern technology, when it was just the soil, the hand and the tool. Fittingly, each work of art contains a small metal buffalo, signed Black Buffalo Iron Works, followed by Dylan’s signature.

The MGM National Harbor Heritage Collection will feature pieces from more than a dozen artists working with a variety of mediums including aluminum, clay, stainless steel, bronze, watercolors, photography and more. Objects will range from large-scale sculptures and paintings to photography and LED light boxes, creating a rich visual experience. Inspired by the heritage of the Capital Region, the MGM National Harbor Heritage Collection will showcase high-quality commissioned and procured works seamlessly integrated into the resort’s public spaces, by visionary local and international sculptors, photographers and mixed-media artists.”