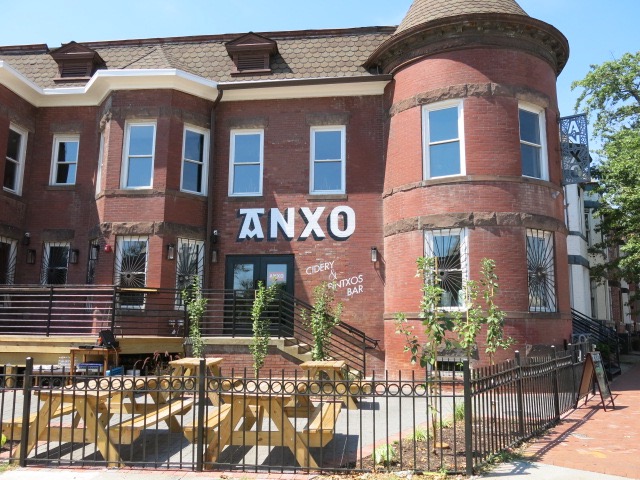 “ANXO Cidery & Pintxos bar is excited to debut Foraged Ciders #1 and #2 next Tuesday, September 13th. These ciders are made from apples foraged entirely by the ANXO team. Both use apples from various sources, including apples foraged in New Jersey, New York, and Crabapples foraged here in DC. 13 different batches of apples totaling 30 gallons of juice were fermented individually. Only the best batches were saved and then blended together to create the perfect balance of acid, tannin, and fruit. These are simple, dry, rustic ciders that focus on the apples. They underwent a wild, native yeast fermentation, have no additives, and are unfiltered. They are bright, high-acid ciders with pleasant tannin that comes from using high-tannin DC Crabapples in the blend.

Of the initial 30 gallons fermented for this trial, only 12 gallons were good enough to make it into a blend. Each Foraged Cider is limited to one keg – one 5-gallon keg of #1, and one 7-gallon keg of #2.

DC CRABAPPLES were foraged from several trees around Mt. Pleasant. Harvesting is very labor intensive as crabapples are about 1/5th the size of normal apples and yield 1/10th of the juice. We had to harvest close to a thousand of these crabapples to yield just 2 gallons of juice. The arduous process is worthwhile as crabapples are incredible for making cider. They have intense acidity and tannin which are essential for good cider, and blending small amounts can have a profound impact on the flavor profile of the cider.

ANXO FORAGED CIDER #1 – The base is GoldRush apples from Glaize Orchards Virginia, as well as wild apples foraged from a 100 year old tree in Southern New Jersey The driving element behind this cider is the high proportion of foraged DC Crabapples. It is rustic, driven by woodsy red berry flavors that the crabapples contribute.

ANXO FORAGED CIDER #2 – The base of this cider is Black Twig and Arkansas Black, well known Southern apples. It was then blended with cider made from wild apples foraged from abandoned trees in New York as well as a small portion of cider from DC crabapples. This cider features good acidity and fruit, with slightly less earthiness and tannin than #1.” 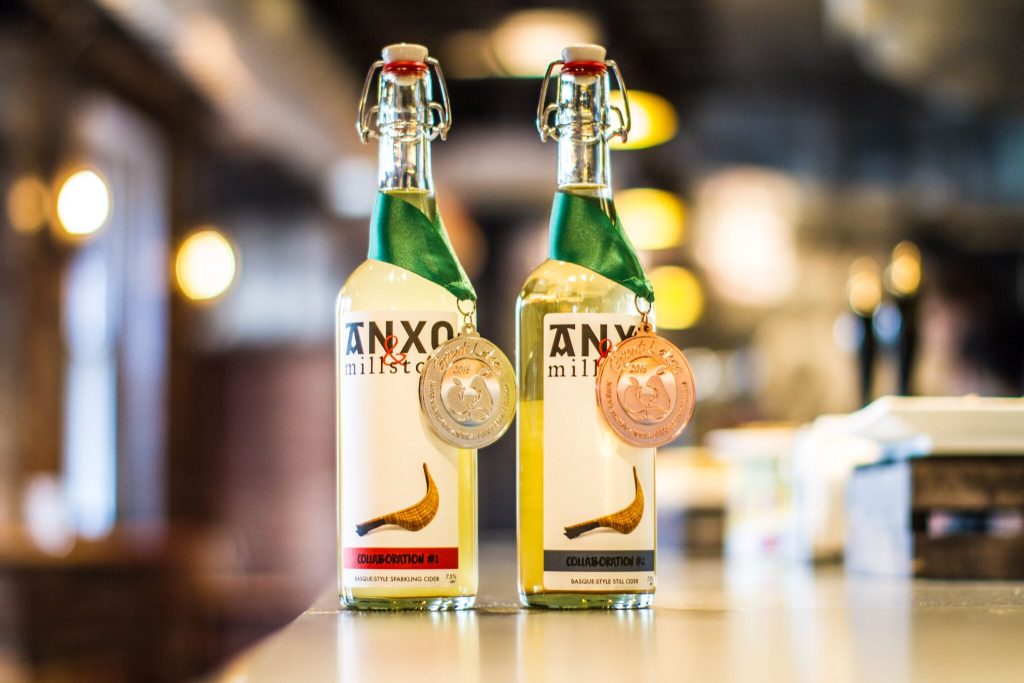 Additionally, September 13th is the debut of to-go bottle sales. This means that DC can now buy our harder-to-find Basque ciders by the bottle. The entire 50+ ANXO bottle list will be for sale, ranging from $5.99 to $29.99.

This is also the debut of bottles of Collaborations #1 and #2. Both ciders were introduced to DC throughout ANXO’s pop-ups prior to opening, and will be available for bottle sales for the very first time. They will be available to-go for $15.99 and will also be on draft to try by-the-glass. Ahead of its opening, ANXO collaborated with Maryland’s MillStone Cellars in the creation of two Basque-style ciders, Collaboration #1 and Collaboration #2. Both were made using a 660 gallon Barolo wine cask that the ANXO team brought back from a visit to Italy. In the Spanish Cider category of the Great Lakes International Cider and Perry Competition (GLINTCAP), Collaboration #1 received the silver medal and Collaboration #2 received the bronze medal. GLINTCAP is the world’s largest cider competition.