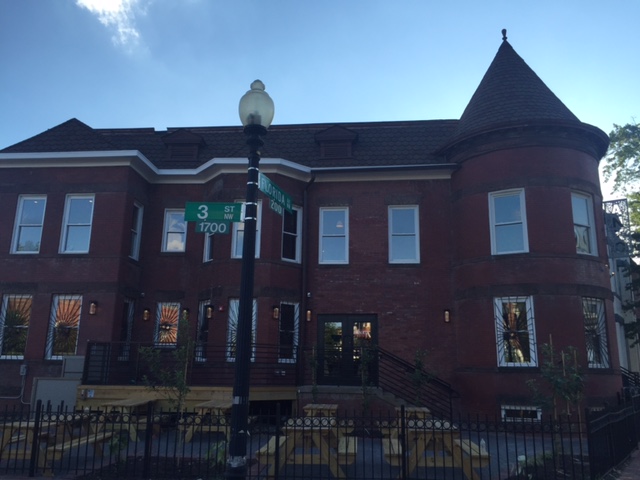 I was lucky enough to get a sneak peek and taste Monday night but wait till you see the spectacular photos of how the space turned out (here are the before photos I took back in April 2015) by Farrah Skeiky. Here’s taste of the first floor but lots more photos after the jump: 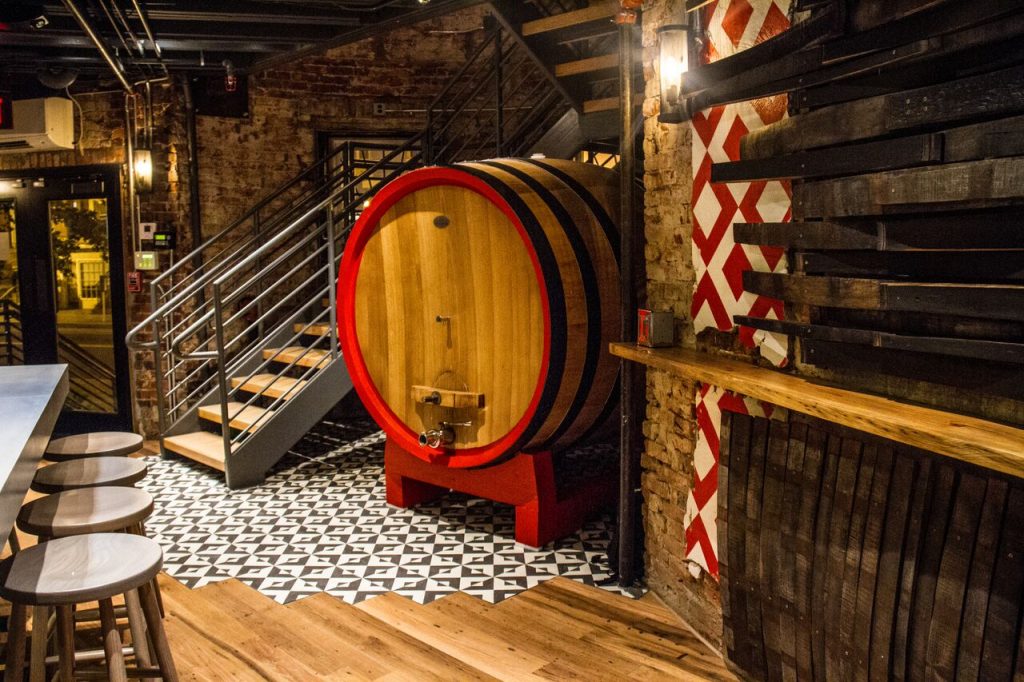 But first the facts and the menu:

“ANXO is a nickname for Basajaun, the mythological creature that taught the Basques ironworking, sheepherding and agricultural practices before disappearing back into the woods. Similar to the Sasquatch, Yeti, Bigfoot, and other “men of the woods”, ANXO is a bridge between the natural world, from which it came, and the modern world it helped create.

ANXO Cidery & Pintxos Bar aims to reinvigorate interest in traditional cider, one of the Mid­Atlantic’s oldest drinks. A focus on close relationships with local and international cidermakers is central to the ANXO mission, and will enable ANXO to maintain an unparalleled and highly curated selection of cider. ANXO will produce its own cider on­premises and at a second DC location opening this winter. Natural fermentation in oak barrels and a focus on heirloom apple varieties native to the Mid­Atlantic will lead to a limited product that is notably different from the vast offerings ANXO will present from around the world.
ANXO will honor the Basque culinary traditions of honesty, simplicity, and quality by showcasing local producers’ best efforts. The menu will feature pintxos (Basque small bites made to be eaten with cider) as well as larger dishes meant for sharing. In addition to serving house­made cider, ANXO will have an ambitious beverage program featuring more than 20 ciders on draft poured through a custom­built draft system designed to showcase cider as the producers intended. The extensive beverage program will have an additional 16 draft lines dedicated to beer and cocktails, as well as a tightly focused wine program highlighting the lesser­known wines of the Basque Country and surrounding areas.” 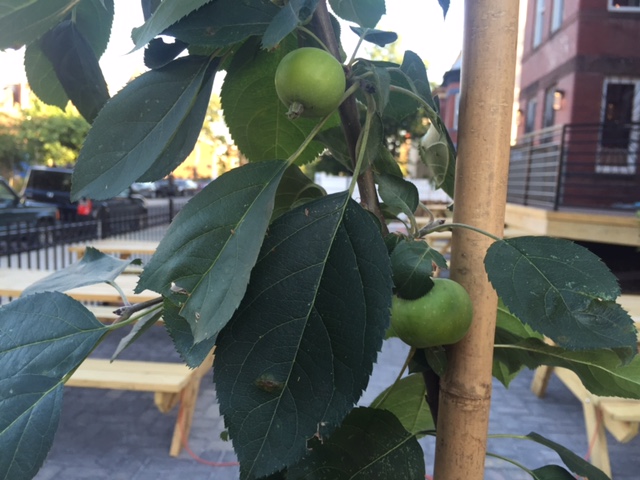 apples out front of course 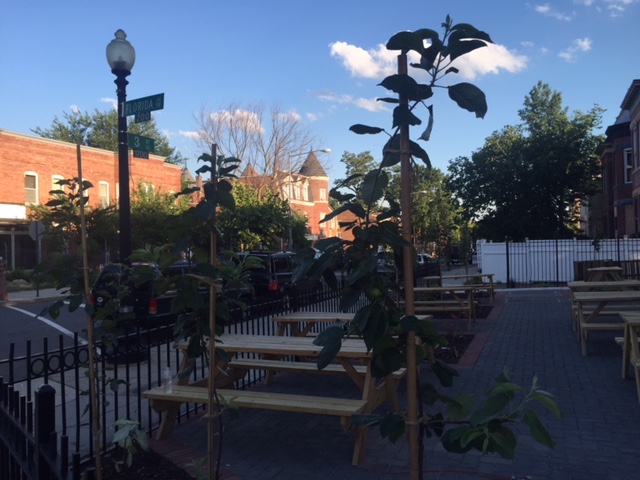 and a great patio 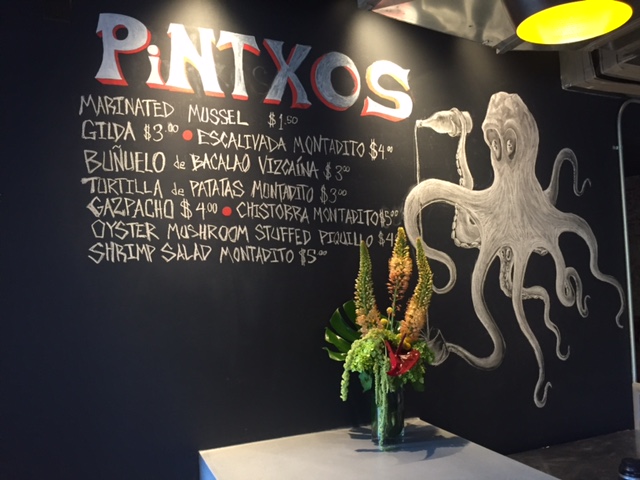 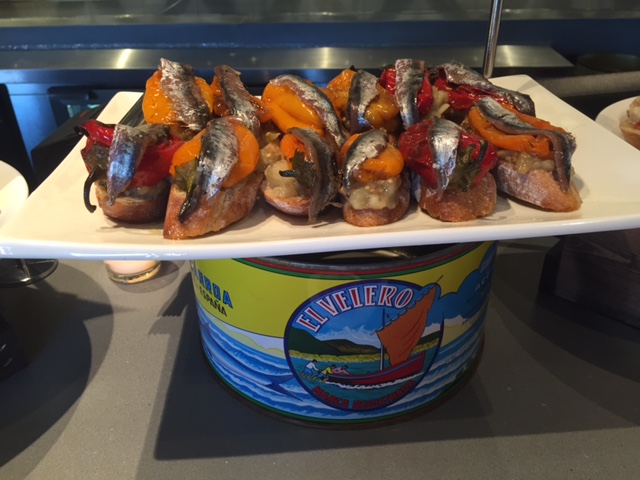 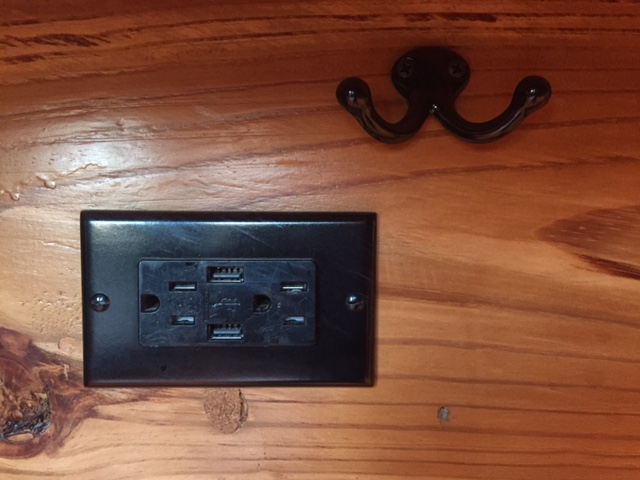 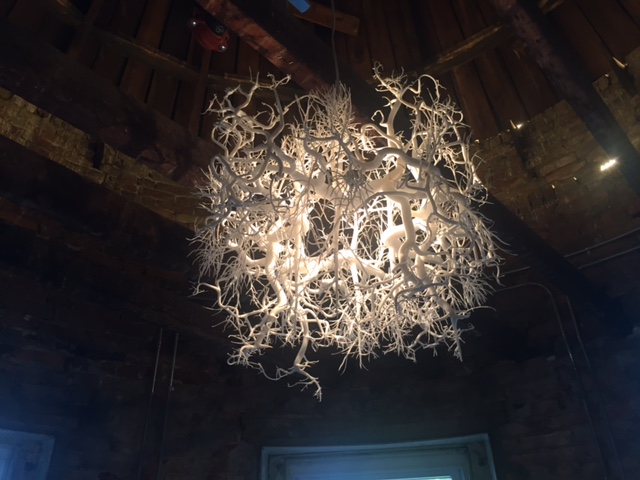 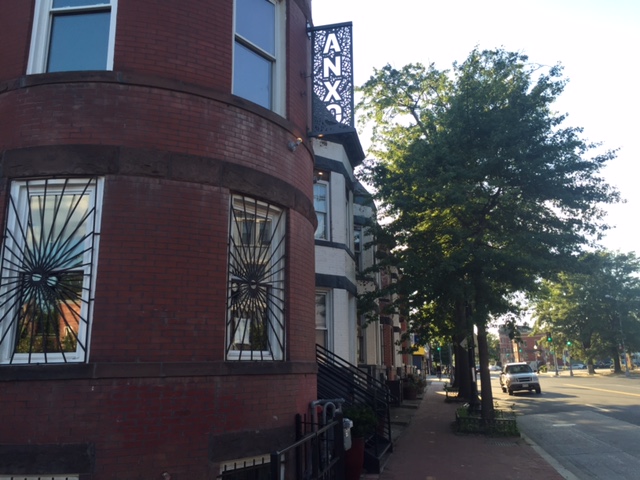 Lots more photos of the amazing renovation inside after the jump. 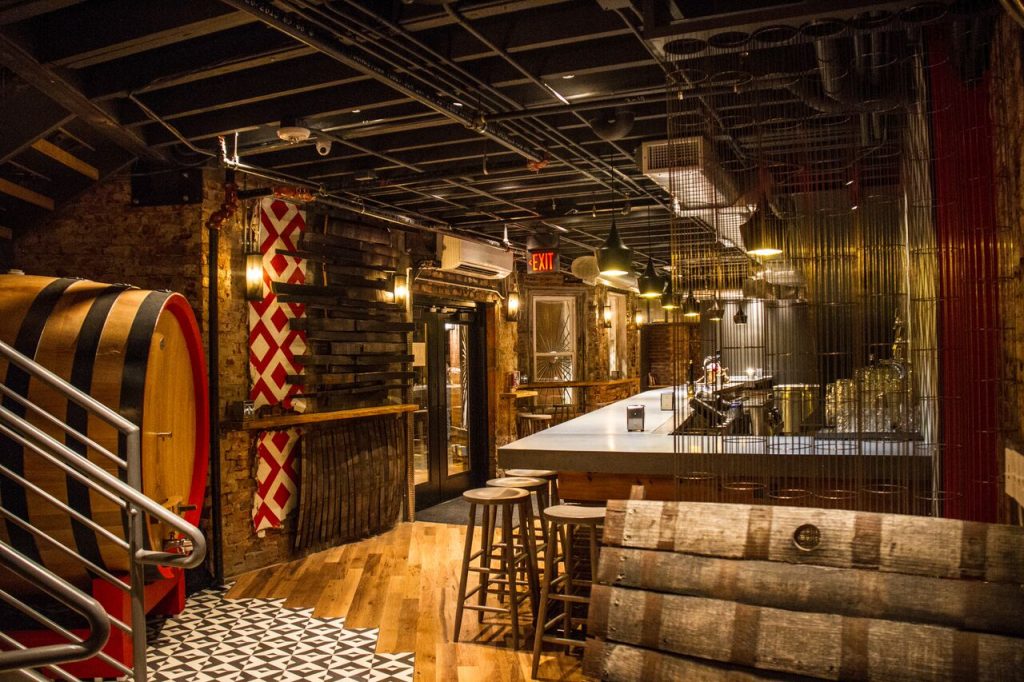 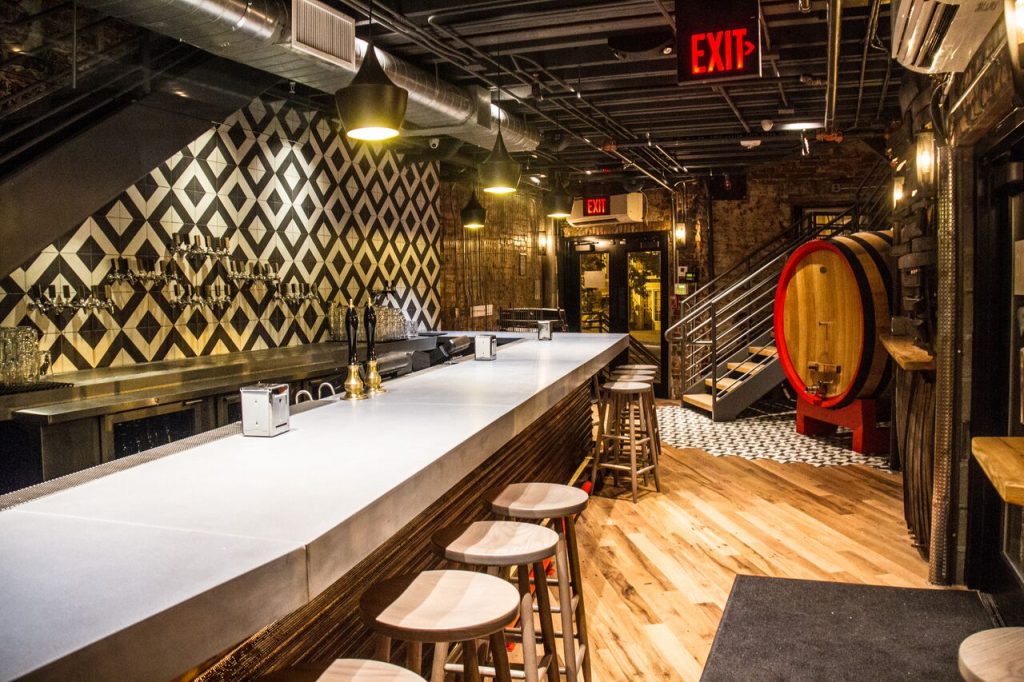 And on the second floor: 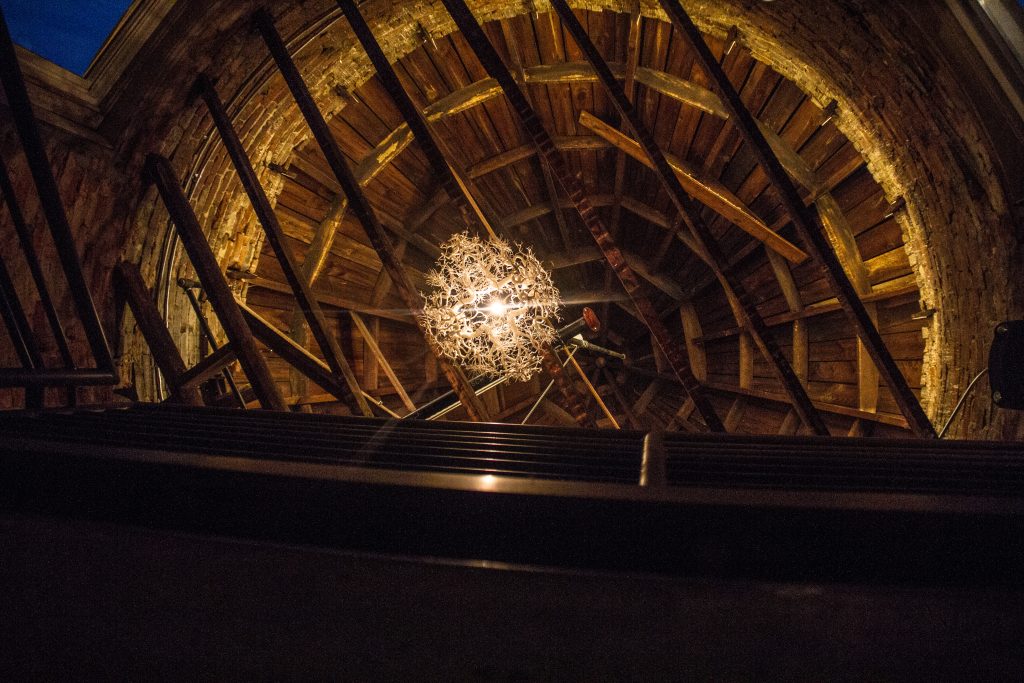 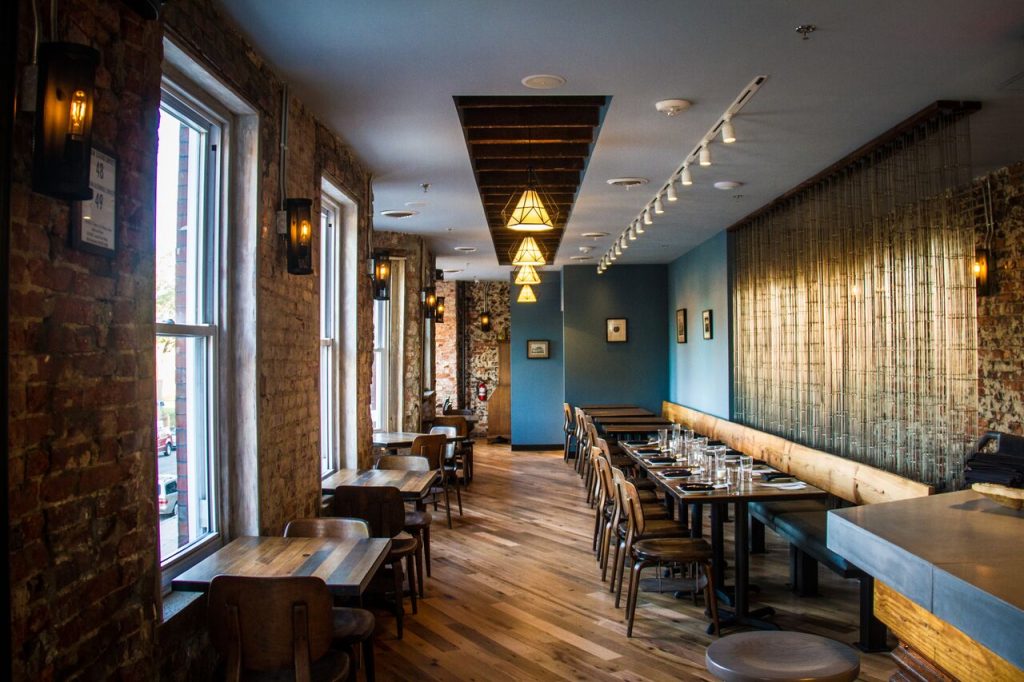 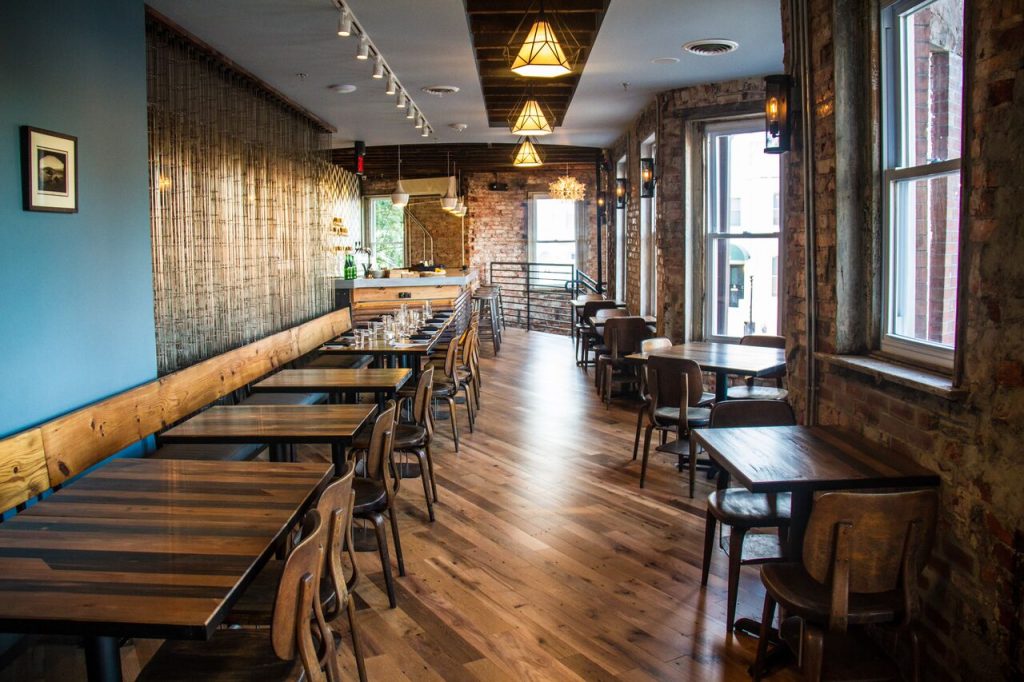