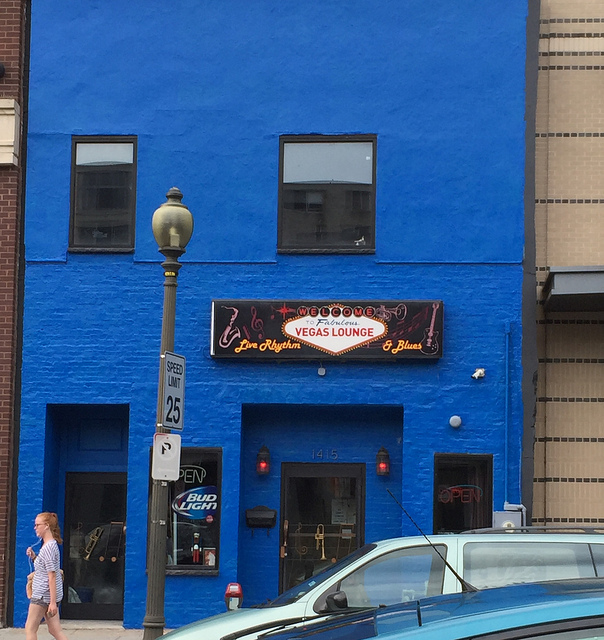 Thanks to a reader for sending the color conversion at New Vegas Lounge.

Are you team red or blue? 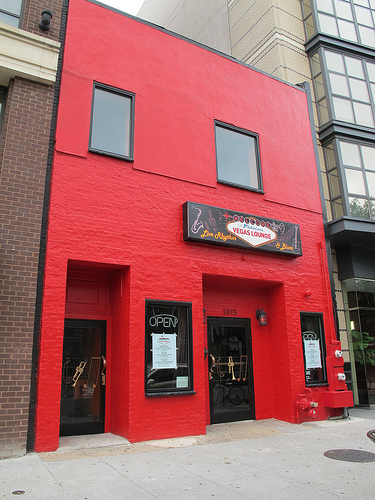 For those not familiar with New Vegas Lounge:

“Well into its thirty-fifth year of operation, the New Vegas Lounge is a Washington, DC institution preceded by its reputation for great music. The Out of Town Blues Band is comprised of lead vocalists Jimmy Johnson and the venerable Dr. Blues as well as a 7-piece rhythm and blues band that includes a saxophonist, trumpeter, keyboardist, percussionist, and a bass & lead guitarist. It is comprised of an eclectic group of professional road musicians who have worked in the past with the likes of the late great Wilson Pickett, Gene Chandler, The Delfonics, Solomon Burke, Heat Wave, and Johnny Taylor, just to name a few.

As the flagship band for Dr. Blues Productions, The Out of Town Blues Band has worked with a number of national acts including having served as the back up band for The Delfonics, the late Wilson Pickett, and Stephen Stills (of Crosby, Stills & Nash).

They have also had the honor of having been chosen to play at three inaugural balls including one for President George W. Bush as well as former President William J. Clinton. They have also performed at over 500 weddings including a recent wedding for a White House staffer.”