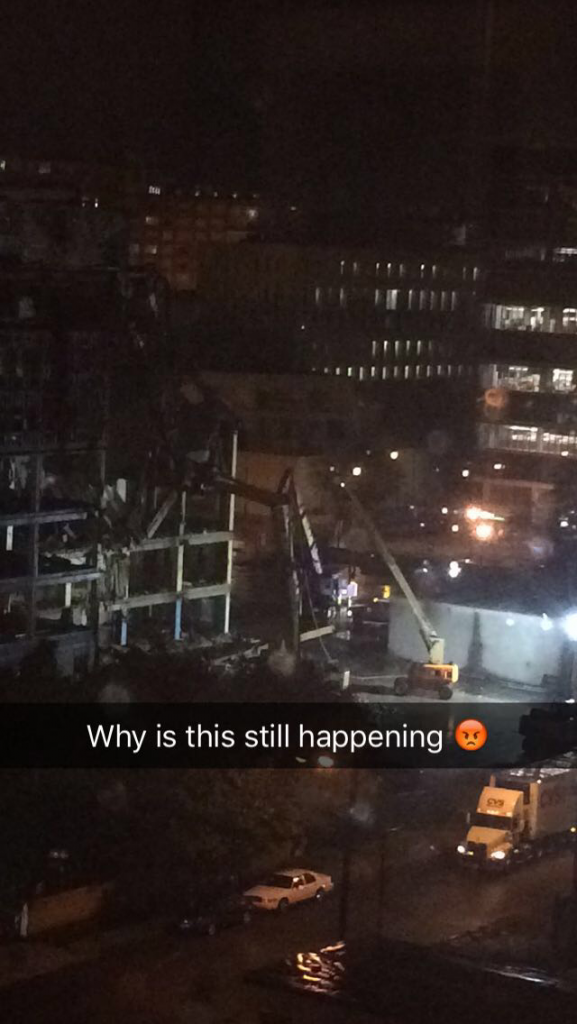 I live in NoMa and the for the last two days a construction crew has been demolishing a building at 51 N ST NE between North Capitol and First Street late into the night. They have been starting around 7 and going well past 11/12. Is construction allowed at this late hour? Does anyone know who is doing the construction? I’ve reported it to the city but haven’t heard anything back. Obviously since they are tearing down a building, the noise level has been insane.”

“My building just sent an email around to residents saying they have a permit allowing them to work until 8am until 9/15.”

Has anyone else heard of permits being issues where demo can occur through the night?