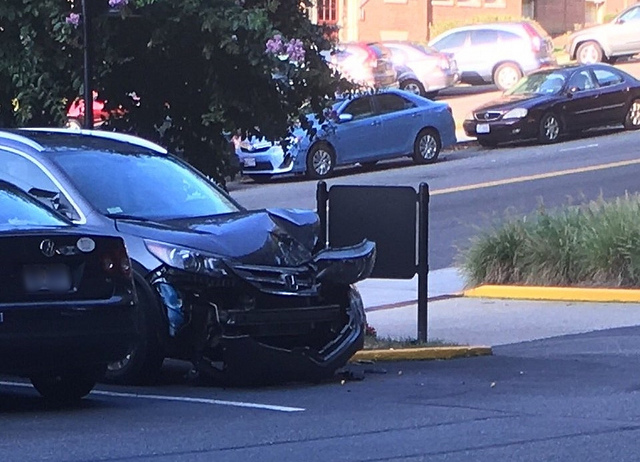 A reader reports around 3am:

“Shots were fired in apartment complex parking lot or Porter Street NW (behind the Quebec house apartments, in the rear parking lot, 2521ish Porter St, NW), then I saw the car hit another car and speed off eventually. Shots were fired on the crosswalk and two cars were in the parking lot. They think the driver was shot in one car that pulled in. When they tried to pull out they hit this car.”

MPD will be releasing more info later but can confirm “Arrests were made and guns recovered”.

“The Metropolitan Police Department’s First District announced that multiple suspects have been arrested following shots fired in the 2700 block of Porter Street, Northwest.

On Monday, August 29, 2016, at approximately 2:47 am, Second District officers responded to the 2700 block of Porter Street Northwest for the sounds of gunshots. Upon arrival, officers located several casings at the scene and obtained information regarding a vehicle that was observed fleeing the area. A short time later, an MPD unit from the First District observed a vehicle matching the lookout description traveling northbound in the 3rd Street Tunnel. A brief pursuit followed and when the vehicle stopped, three suspects exited and fled on foot. The suspects were quickly apprehended in the area of the 900 block of New York Avenue, Northwest.

During the shooting, a vehicle was struck by gunfire. No injuries were reported. The incident remains under investigation.” 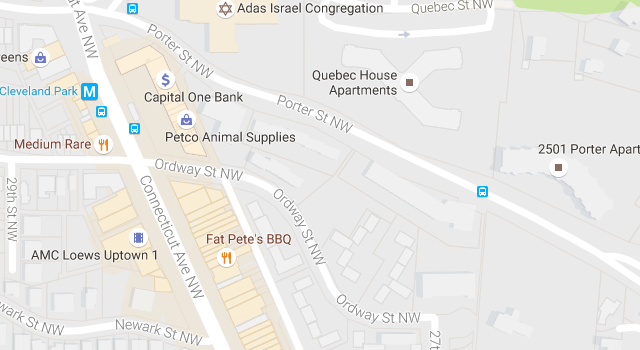