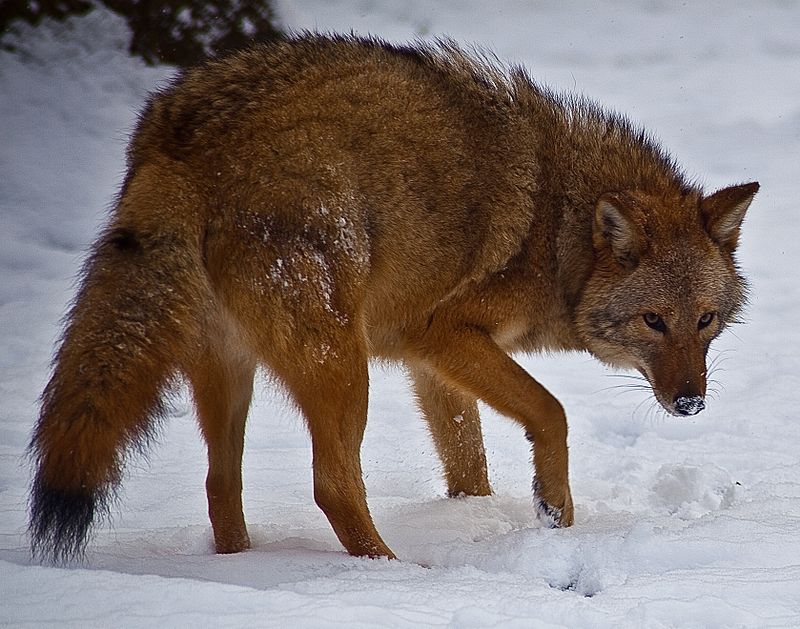 Photo by http://www.ForestWander.com via Wikipedia

This was a wild thread I’ve been meaning to post from Monday:

Anyone else in #SWDC see an animal that looked like a dark coyote running around tonight?Big, Dog-like face but bushy tail @PoPville

“Aside from the combinations of coyotes and eastern wolves making up most of the modern day eastern coyote’s genepools, a study in 2013 by mammalian biologist Dr. Javier Monzón revealed that some of the coyotes in the northeastern USA also have mild domestic dogs (Canis lupus familiaris) and western Great Plains gray wolf (Canis lupus nubilus) influences in their genepool, thus suggesting that the eastern coyote is actually a four-in-one hybrid of coyotes, eastern wolves, western gray wolves, and dogs; and that the hybrids living in areas with higher white-tailed deer density often have higher degrees of wolf genes than those living in urban environments. The addition of domestic dog genes may have played a minor role in facilitating the eastern hybrids’ adaptability to survive in human developed areas.”