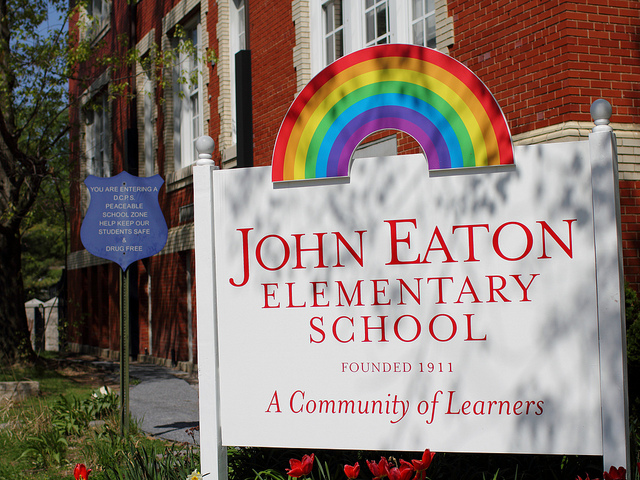 I wanted to write to warn people about several interactions I’ve had with a gentleman downtown, near the Convention Center and CityCenter.

Several weeks ago, during the middle of the day around 10th and Massachusetts NW, an older gentleman approached me and asked, “Do you know where the Veteran’s Building is?” He had a stack of papers in his hands and was wearing a dingy white button down shirt and a tie.

I asked him if he knew the address, which he did not, and he asked if I could look up the information for nearest VFW. He then asked if he could borrow my phone to call the VFW, because his phone had died. I dialed the number and handed him the phone.

During this phone call, he relayed a terrible story to the person on the line. He said that he was a Vietnam veteran, he lived in Maryland, and he had taken the bus into DC that day for an appointment at the VA. But when he arrived at the VA, he learned that the appointment had been rescheduled for the next day without notifying him. He had spent his cash on a bus ticket to DC and didn’t have enough money to stay anywhere overnight until his rescheduled appointment the following day. He asked the VFW if they could help him arrange for a hotel room or hostel room for the night, but was unsuccessful. The call was heartbreaking to listen to.

At the end of the call, facing a night on the streets apparently because of a mistake by the VA, he asked me if I could lend him the money for a hostel nearby, which he thought would be about $50. He assured me that he was a bricklayer who had a job, and if I gave him my contact information, he would repay me as soon as he got home. I didn’t expect that he would actually repay the money, but I thought it was a nice gesture on his part. So, although I’m not someone who typically gives money to panhandlers, I ended up giving him $60.

About a week later, again near 10th and Massachusetts, I was shocked when the same guy came up to me and asked, “Do you know where the Veteran’s Building is?” I realized immediately that this had all been a scam. I later checked my phone and saw that he had hung up the call to the VFW before anyone answered – so that entire “phone call” had been a show to try to get money out of me. And then I ran into him again last night at 11th and New York! Again, he approached me with the same line, “Do you know where the Veteran’s Building is?”

It’s obviously a very successful con he’s running if he’s come up to me, three separate times, using the same opening line. I wanted to share this story so that others don’t end up falling for this same (very convincing) con.”