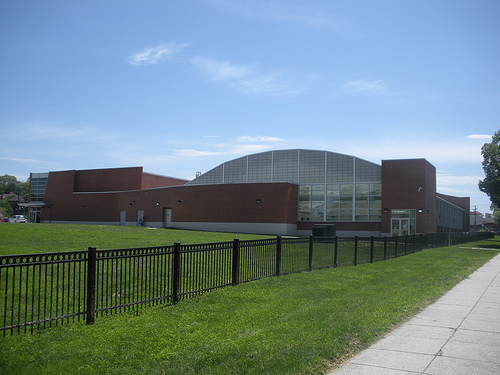 “At approximately 3:00 pm today officers received a call for an incident involving a bag that had been dropped on the ground and a gun had discharged from inside of the bag. Units where provided a lookout for the subjects. As officers canvassed the area a bag was recovered with a weapon. There were no injuries involved in this incident.

The Fifth District Detectives office is currently investigation this incident.

“Turkey Thicket Rec. Center/Pool is currently on lockdown due to an incident. MPD is on the scene investigating. All campers are safe.”

A reader passes on an email to camper parents:

“There has been an incident at the Turkey Thicket Recreation Center, but all children are accounted for and safe. The building is on lock-down.

MPD is currently on the scene. There are no reported injuries at this time.

Because the building is on lock-down, children will not be released until the lock down is lifted. Again, all participants are accounted for and safe.”

The parent hears that a gunshot accidentally went off in the pool area from someone who brought a gun in their bag.

Updates when more is known. Thank God all are safe.