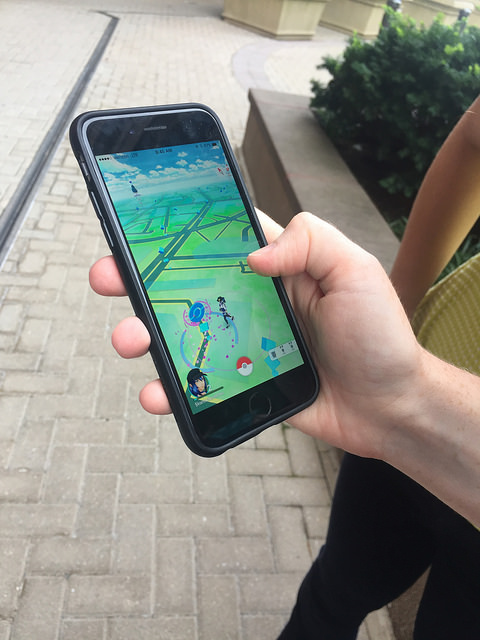 “As you may be aware, the new Pokémon GO game has become increasingly popular since its release on July 6, 2016. The Metropolitan Police Department (MPD) would like to take this time to alert the public of some of the following items related to this application, including safety tips and cautionary measures players should consider.

This reality game may cause players to have a lowered sense of awareness to their surroundings while focusing on smartphones and mobile application devices. Across the nation, there have been reported robberies, an increase of accidents caused by players, and other public disturbances or crimes taking place. Fortunately, MPD has not seen an increase of crimes stemming from Pokémon GO in Washington, DC. There have not been any reports or incidents directly related to this application as some other cities have reported.

However, some personal safety issues should be taken into consideration for players who have or wish to engage the Pokémon GO game. MPD encourages our residents to take precautionary measures and keep in mind the following concerns:

· Numerous injuries and several vehicle accidents can be attributed to people playing the game due to players’ diverted attention. Individuals may collide with stationary objects, fall down, and vehicles can come to a stop in an attempt to capture virtual characters on the side of the road.

· The game draws players to specific locations such as landmarks, businesses, churches, and government buildings where players may more easily become targets of victimization. These designated areas may be places where predators lure or target children and teens.

· Downloading the application in some instances allows full access to the player’s Gmail account by a third party application. This can lead to compromising an individual’s personal information including email, photos, and documents.

MPD officers are being encouraged at this time to engage citizens they observe playing Pokémon GO to exercise caution while playing. Due to the nature of the objectives, game play may result in the rise of suspicious activity reporting or suspicious photography, and all such potential security concerns will be treated seriously. If you have any further questions, please do not hesitate to contact your local police department, or express your concerns here on this listserv for the community.

We look forward to the continued dialogue about this topic and will be sure to keep residents informed of any related incidents that result from the Pokémon GO application. Stay safe.