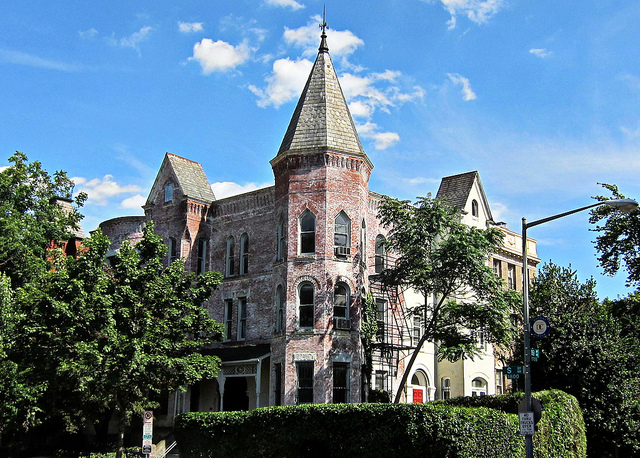 I wanted to inform you of a situation that happened Saturday night around 11:30 between 18th and 19th on S street NW. I was walking home from Adams Morgan when I turned left onto S Street, NW. After walking less than 100 ft west down the block, a Hispanic or Middle Eastern man maximum age 40 and max height 6’0 stopped when we made eye contact. He then proceeded to either masturbate or urinate in my direction and continued to do so for multiple seconds as I approached. I have a lot of trouble believing that it was not sexually motivated, due to his hand placement and movements. I felt very uncomfortable and crossed into the street immediately while readying my keys only to sprint to my door from the middle of the street. Once I was safely inside, I immediately called 911. After than 2 years living in the neighborhood, this is very disturbing because I have never felt unsafe walking home, even MUCH later at night. I would like to ask neighboring friends and residents to keep an eye out for similar occurrences.”