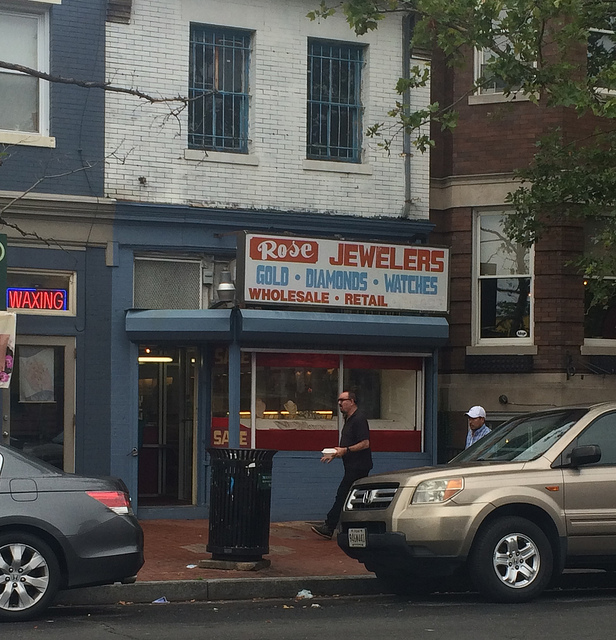 Unfortunately, I have an update on this story posted by a reader last August.

Sunday, 7/3 evening around 5:20, I was harassed by the same man under very similar circumstances on Mt. Pleasant Street outside of Old School Hardware. I was heading north when this man approached from the opposite direction. As we were passing he began yelling at me to move aside, stating that I had bumped into him, and calling me a ‘f$%&ing bitch’ — note that I never actually bumped into him or nor was I in his way … I was parallel to him by about a foot. I had headphones on, so it took me a moment to register that he was actually yelling at me, but as I was registering this as we passed, he then aggressively and forcefully punched me and grabbed my breast.

After the shock of what had just happened set in, I approached some bystanders who said they had heard the altercation but had not seen it. Another bystander told me they had seen him heading toward The Raven so I began to head that way (critique this as you will, but I wanted to get a photo of him as the above mentioned story came to mind and I wanted to see if they matched). I then saw the man walking back up toward the other end of Mt. Pleasant Street where I had first encountered him. Upon doing so, I snapped a photo of the man (he is in the black) and immediately moved to follow up with the police officers idling on the corner of Mt. Pleasant and Lamont. The police questioned him and he apparently had no memory of the encounter (though he’d also just gotten into multiple altercations with staff and customers at Sportsman’s Liquors who also spoke to the police). The police then let him go on about his business without further follow up.

Just a reminder to be mindful when encountering this individual.”