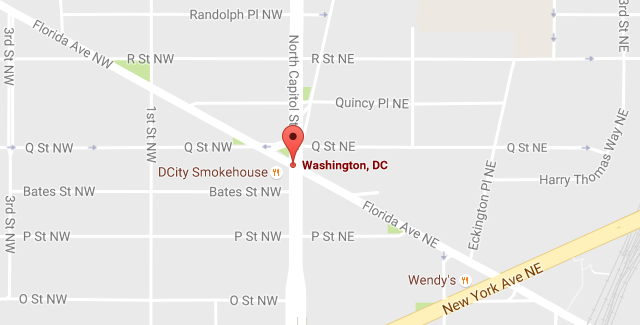 “This evening [Thursday] at approximately 6:30 pm in the unit block of Florida Avenue NW, three subjects occupying a gold Ford Explorer accosted several citizens at gunpoint as they exited an establishment in the block. The victims were robbed of their personal possessions, and the suspects fled the scene in the vehicle.

Moments later the Office of Unified Communications dispatcher broadcast the radio run for the robbery, including a look-out for the suspect vehicle.

The suspects were positively identified as having committed the robbery in question, and two loaded and operable pistols were recovered, as was the property of the victims. The patrol officers of the Fifth District, as well as members of the Second District Crime Suppression Team, and numerous detectives from the Fifth District Detectives’ Unit worked together closely and seamlessly to remove three dangerous felons from the streets of the District, as well as two firearms.

Outstanding police work by our members, of which the community and their peers can be very proud! Great work!!!”

Read more →
More Stories
Friday Question of the Day: “Sweet, Sweet Freedom – looking for some ideas of what to do on a random Tuesday”Random Reader Rant and/or Revel