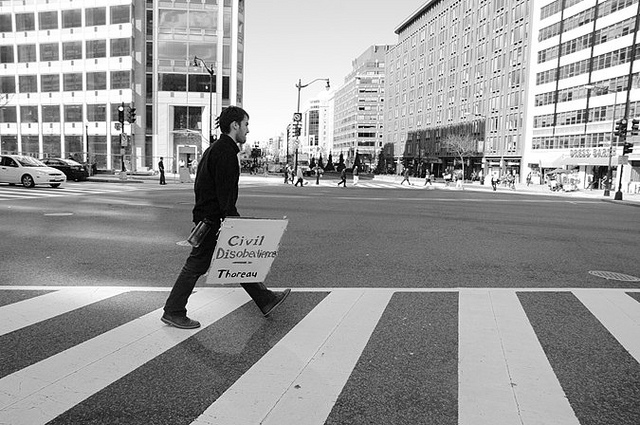 In the last year, it seems like walking in this city has become more of a hazard than any other form of transportation. Pedestrian crossings seem to be less respected and completely unenforced in this city. Trying to walk to pick up take-out or even going to the gym seems to put my life in jeopardy. At least every other week drivers will either speed up when they see me legally enter a crosswalk or maintain their current velocity and blow their horn as I legally enter a half-block cross walk, never mind the sign that is cemented to the blacktop that says “stop for pedestrians”. This has happened even while the police have followed the offender through the crosswalk.

Is there any sort of way to get the MPD to actually enforce the city law of crosswalk observation? I’m sure this is very low on their priorities as they seem to fail at even the fundamentals of why police exist, as evidenced in the last few years of spike in murders, much less their solving of homicides that has tanked, but as a citizen that relies on their own two legs to get from point A to B, I feel as this is something I need to ask to get other citizen’s feedback on what I can do to limit my own life perials as I walk from block to block in this city.”