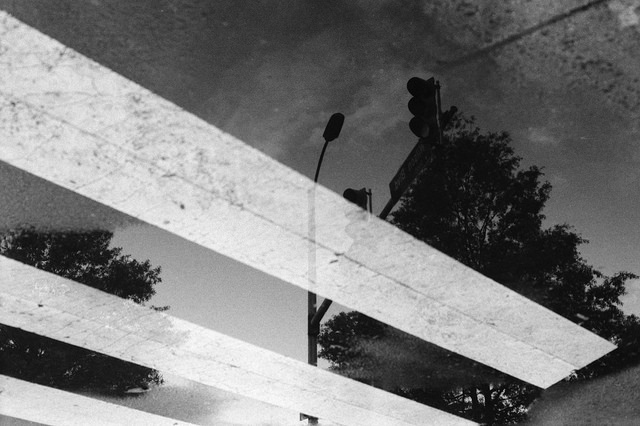 I was on a bus going up 16th St last evening and the traffic was crawling. Coming close to Columbia Rd I saw one reason for the slowdown – a car being pushed up the street by two people. No easy task in rush hour, and in today’s heat and humidity. Vehicles were making room for the car to be pushed over until it was in the curb lane.

Then I saw a pedestrian step off the curb, get behind the car and start pushing. A few feet up the street someone else got behind the car and started pushing the car. A few feet more, another person joined in to help push the car onto a side street and out of heavy traffic. The people who helped push the car then walked off in different directions. A random act of kindness, as seen from an S2 bus.

With all that happens in our sometimes not-so-fair city, there are also times when the kindness of strangers shows up in unexpected places.”

Read more →
More Stories
About All the Action Outside Studio TheatreDog found at NJ and P St, NW