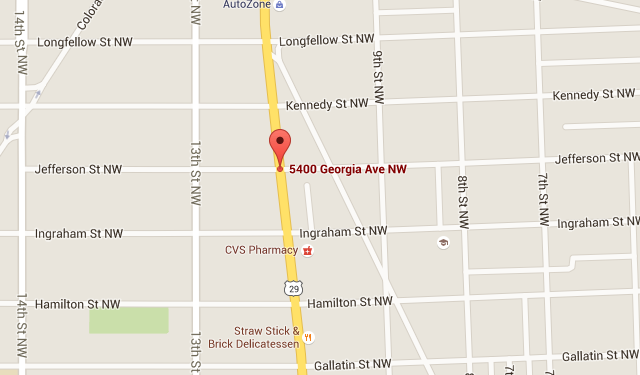 “The Metropolitan Police Department Narcotics and Special Investigations Division’s Criminal Interdiction Unit and Maryland State Police have announced that an arrest has been made in connection to an illegal fencing operation in the 5400 block of Georgia Avenue, NW area.

Following a series of robberies in the District and Prince George’s County, Maryland, MPD’s District Detective Unit, along with our Criminal Interdiction Unit (CIU) began an investigation into Discount Auto Sound Inc. located on Georgia Avenue, NW. The operation involved stolen property taken in multiple robberies between March 17, 2016 and May 7, 2016. Over the course of the investigation, the suspect provided CIU officers with cash, heroin, and a firearm in exchange for stolen merchandise.

The Metropolitan Police Department (MPD) and Maryland State Police (MSP) jointly participated in the investigation. MSP executed a search warrant in Maryland where they found three handguns, an assault rifle, a shotgun, multiple rounds of assorted ammunition, prescription pain killers, and over $26,000 in US currency, along with a Honda Civic outfitted with police equipment and fraudulent credentials. In addition, MPD executed a separate search warrant where electronics and documents were seized in connection to this case.

The investigation into this case is ongoing.”

Lots of people asking where the guns are coming from on 7th and Jefferson. This location is on the 16th St Heights side of Georgia & Jefferson St NW, across the street from the strip club over there. Many of the crime problems in this part of Petworth have been reported on 4th & Jefferson as well as 7th and Jefferson, as well as 8th St, where I believe the machine gun fire was heard last week. I don’t think it’s a stretch to think that this location was a hub for criminal activity in this area and a source of heavy guns, drugs, etc. It’s several blocks from where much of the activity as of late has been occurring.”