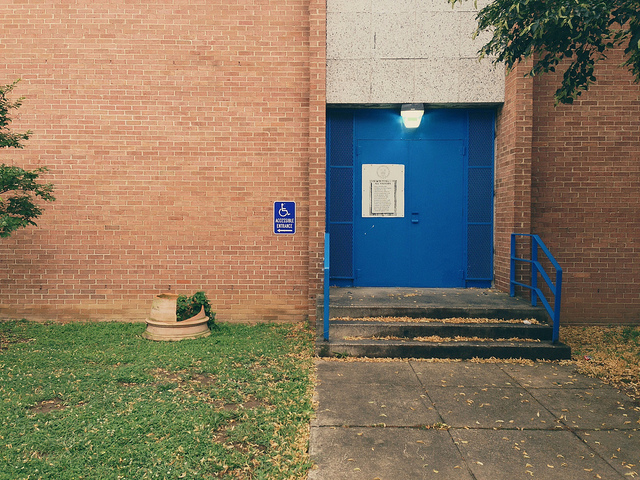 Elizabeth Nicoletti is a 12th and V Street homeowner and Garrison parent.

Why is it so hard to commit to DC schools?

The green text bubble lit up on my iPhone, and I could see the words from across my kitchen counter, “Exciting news! We bought a new house!” The text came from close friends who live on our block. Our kids are similar ages, we all go to the local park regularly, and twice a year we co-organize neighborhood events. However, their oldest is entering Pre-K, and they cannot commit to the local school.

The local school is Garrison Elementary School. I decided to send my son to Garrison for numerous reasons – its high-quality teachers, vicinity, curriculum and diversity. Watching my son thrive in Garrison’s rich cultural bastion confirms our decision. At three years old, he is writing, reading and dancing ballet and hip-hop alongside his bright and eager classmates. However I am constantly confronting shortcomings with the school’s structure. A reoccurring mouse infestation, a faulty heating and cooling system and acres of unusable athletic fields are distracting students and teachers from reaching their full potential. And they continue to weigh on parents’ conscience about whether or not this is the best setting for long-term success.

In 2010, DC Public Schools central office communicated a Garrison modernization for 2014. When that never happened, Mayor Bowser, as Mayor Gray had done before her, reprogrammed Garrison’s modernization money and promised it would make Garrison whole in the 2016 budget cycle, which she did. In May 2015, an amendment eliminated $20 million from that modernization. The school was left with only $20 million which the Department of General Services had also advised was insufficient for even a partial modernization.

There are many reasons why these delays and broken promises are not okay. The Mayor herself highlighted the importance of improving the school modernization program. She prefers to “fully renovate” schools rather than doing partial or “phased” modernizations, which she herself described as “ineffective.”

Twenty million dollars in the scheme of DC’s budget is a drop in the bucket. Modernizing Garrison is low-hanging fruit. Yet being “low-hanging fruit” seems precisely the counter-argument for this investment – and the reason Garrison is being held hostage by DC politics.

In 2012 when Garrison was slated for closure, it was kept open on the basis of “population increase.” Living three blocks away from Garrison, I am witnessing firsthand that population increase is alive and well. Not addressing modernization now is shortsighted from both a social equity and a fiscal policy perspective. The average house price in Garrison’s zip code has grown on average 3.5 percent annually since 2010, contributing significantly to DC’s tax base. The demand that keeps prices and revenues on the rise will continue only so long as schools are strong and the communities that support them stronger.

So many families stand to benefit from modern facilities to match the high-caliber tutelage of teachers and commitment of administrators. Fifty-four percent of students are on free or reduced lunch, 48 percent are considered at-risk, which means they live in shelters or far below the free lunch requirement, and 20 percent receive special education services – one of the highest percentages of all DC schools. Nearly one in five students receives support with limited English proficiency. And enrollment rates are on the rise.

However, the dilapidated structures, gated windows and lack of handicap accessibility are a few of the serious deficiencies distracting from learning and sense of community in the neighborhood. Which brings me back to my question – why is it so hard to commit to DC schools? The answer it seems is that DC fails to first commit to its families. If the city fails to commit to another elementary school, the families who have a choice will move away, and the families who don’t have a choice will be left with a substandard facility. Everyone loses.