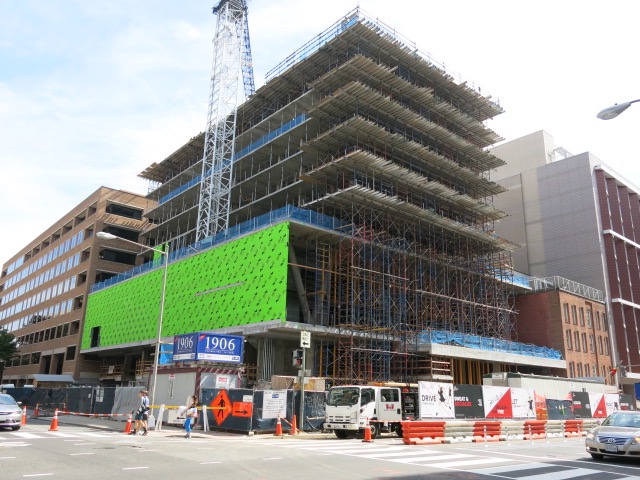 “On Wednesday, May 18, EastBanc, Inc. will host a Topping Out Ceremony to celebrate the last beam of exterior construction placed atop the highly anticipated West End Library Fire Station Project (Square 50) at 23rd and M Streets, NW. EastBanc’s official topping out ceremony for Square 50 is open to the public and is scheduled to begin promptly at 11:30 a.m. 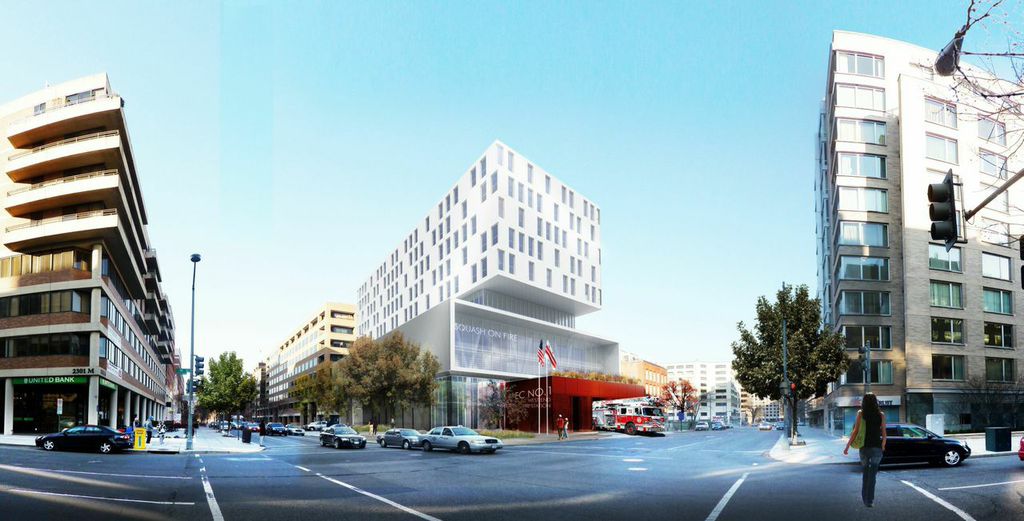 EastBanc’s Square 50 development will feature a 15,500-square-foot new, state-of-the-art West End Fire Station, a 54,300-square-foot Affordable Housing building with 55 units at 60 percent AMI or less along with six market-rate residential units and a one level garage with 24 parking spaces. The Square 50 mixed-use complex will also house Squash on Fire — a revolutionary world-class, tournament-ready squash facility with eight courts and a full-service restaurant. 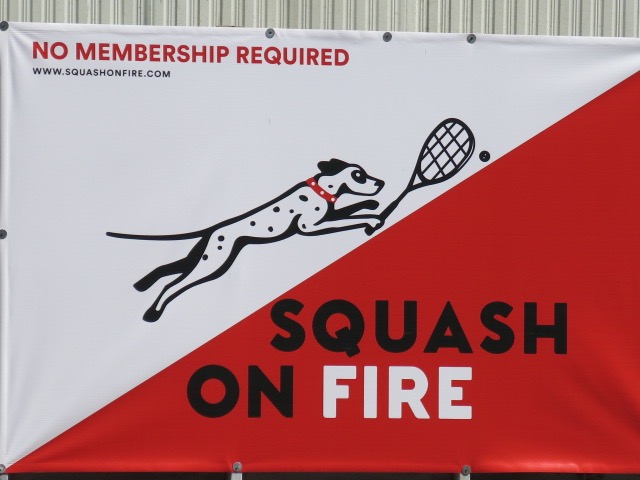 Currently, Squash on Fire is “holding court” and running a full squash curriculum across the street at Equinox Sports Club at 1170 22nd Street, NW. Internationally renowned world-class squash coach Amir Wagih oversees the Squash on Fire program at Equinox and will continue to coach when the official Squash on Fire facility opens. Wagih came to DC after a successful streak as the head coach of Egypt’s National Squash Team.

Square 50 is designed by Enrique Norten of TEN-Arquitectos and will combine all three disparate mixed-use functions into an architecturally unique and dynamic 90 foot-high concrete structure that incorporates exemplary urban design, architecture and landscape elements. The Fire Station, Squash on Fire Athletic Facility and residential portions of the building each have a unique architectural identity using different materials, setbacks and cantilevers to express the unique character of each use. 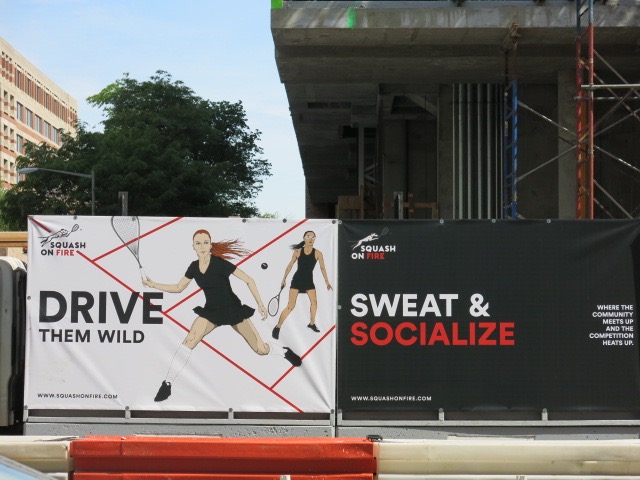 In addition to Square 50, EastBanc is currently building the West End Library Project (Square 37) — a new 21,000-square-foot library and 7,300 square feet of retail topped by 164 market-rate units that include 71 condominiums and 93 rentals also designed by Enrique Norten of TEN-Arquitectos. Both complexes are being built as a public-private partnership between the District of Columbia, EastBanc, The JBG Companies and Clark Enterprises. The project has received enthusiastic support from the DCPL, DCFEMS, ANC 2A, U.S. Commission of Fine Arts and the West End/Foggy Bottom communities as a whole.” 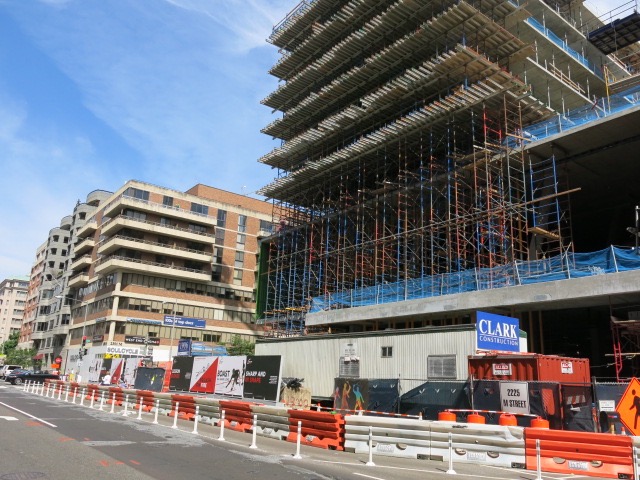 across the street from Soul Cycle (near West End Cinema)