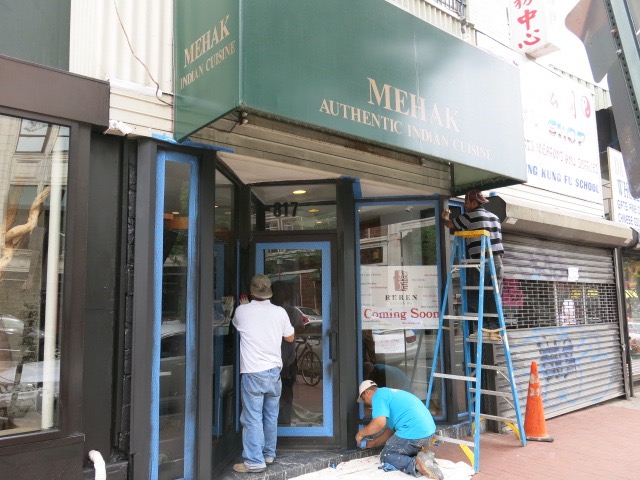 I was walking by the former Mehak Indian restaurant on 7th Street NW when I overheard someone say the new Asian restaurant in its place was having its soft opening on Sunday at 11:30 am. So, I stopped by. I may have been the first customer. The restaurant is named “Reren Lamen & Bar.”

I recalled the earlier misspellings spotted on a job flyer in the window of the same space and thought about gently telling them how to spell “ramen,” but all the staff had matching shirts with the word “Lamen” embroidered on them, and I somehow didn’t have the heart to say anything. I did, however, echo the belated idea of one waitress to put a copy of the menu in the window!

The menu is focused on noodles and dumplings, and the owner is from China. The staff seemed uncertain but super friendly and eager to please. They offered me free dessert. Clearly, this is a group of rather inexperienced folks, but the food was perfectly decent and pretty fairly priced, I thought. The ramen noodles were definitely homemade and were a good texture — not limp and soggy. I’ll go back.

I wish them luck!” 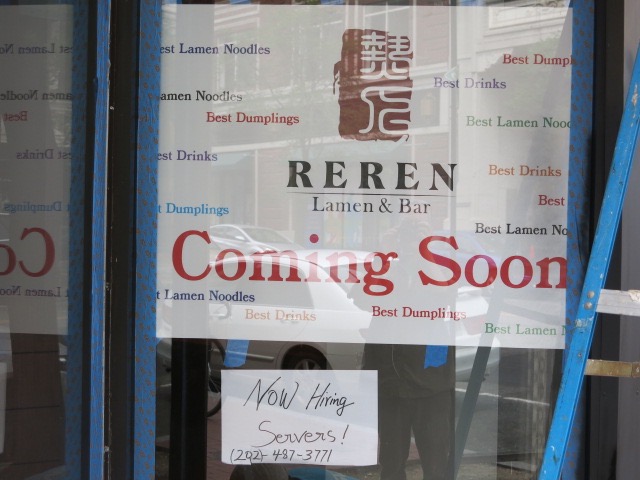