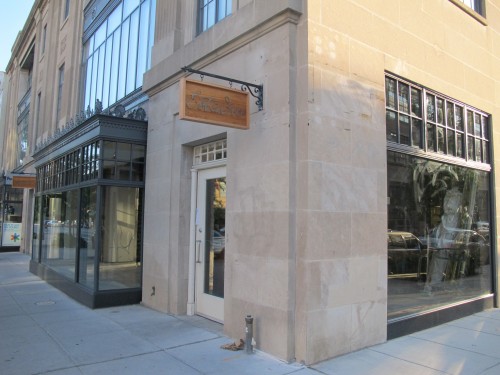 “Estadio is pleased to announce the promotion of Rufino Bautista to Executive Chef of the 110-seat contemporary Spanish restaurant in Logan Circle. Chef Rufino has worked at Estadio since its opening in July 2010, serving as chef de cuisine. In this role, Bautista was responsible for executing the restaurant’s expansive selection of classic Spanish dishes as well as overseeing Estadio’s notable bread and pastry program.

A self-taught cook, Bautista learned his trade through his hard work and dedication in notable kitchens such as Proof and Asia Nora. Originally from Intipuca, El Salvador, Bautista was raised on a farm just outside of the city. As a young man, he helped his father with the daily chores of tending to the animals and maintaining the fields. This is where Chef Bautista developed his understanding and passion for food. In 1996, Rufino moved to Washington D.C. where he found restaurant work as a busser. Looking for something more challenging he applied to Asia Nora, where he started out as the restaurant’s expeditor, one of the most demanding positions in any restaurant. Chef Haidar Karoum took notice of Rufino’s abilities and brought him into the kitchen full time, where he taught him the fundamentals of technique.

In his new role as Executive Chef, Bautista plans to refine Estadio’s daily offerings as he has done over the past six years, supplementing menu staples with seasonal specialties that allow local ingredients such as ramps, strawberries, and tomatoes the spotlight they deserve. This summer, Bautista will introduce Paella as a special one night a week for guests to enjoy in a communal format.

more stories
Previous
Shooting near the White House around 3:15pm
Next
Memorial Day at the Soldiers’ Home Cemetery