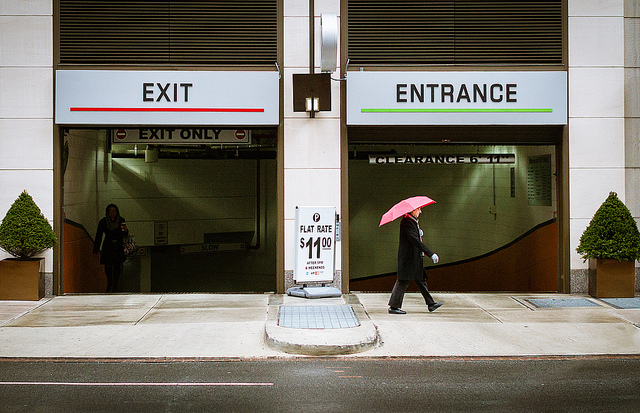 We had made dinner reservations and were having a hard time finding parking. We were five minutes past our reservation time so we decided to just pull into a garage and park. It was an early dinner because of some travel, so a lot of the street parking wasn’t open yet.

At first we didn’t see anyone in the attendant booth at the garage, and then we saw the attendant stand up. He was clearly doing his evening prayers as he bent back down again and so forth a few times.

I am all for respecting the religious beliefs of others, but after a while I got a little annoyed because we were already late for dinner and no one else was there to help us, so I tapped on the window to get his attention (even though I know he had seen us). He finished up and helped us with our parking and two other guys came to get their car shortly after I had tapped on the window.

So, my question is, should I have just waited patiently? Was it rude of me to interrupt him? Should he have cut short his prayers when he first saw me? If you are in a service position and the only one there, should you really be taking time out to pray? How would others have handled this situation?”