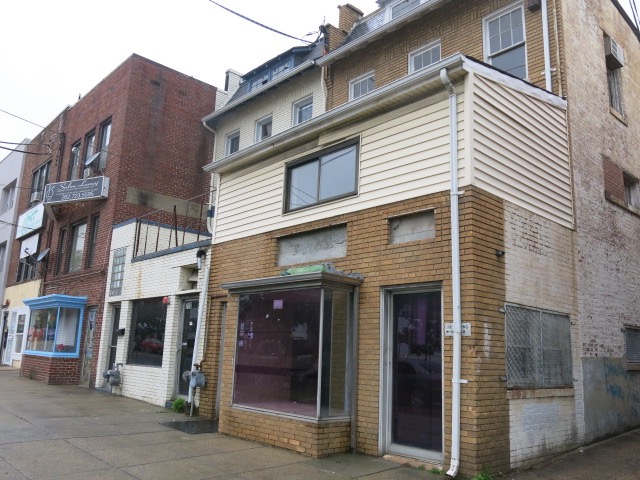 Ed. Note: 713 Kennedy is located right next to the future ANXO Cidery, who also just applied for a liquor license at 711 Kennedy (closest to alley) “Bar serving cider with a seating capacity of 49. Total Occupancy Load of 49. Requesting a wine pub endorsement.”

Founded in 2015, Lost Sock Roasters is dedicated to developing outstanding coffee sustainably. Lost Sock carefully roasts to accentuate the unique and delicious flavors in each of its coffees. This passion is derived from a love for great coffee, and a sense of responsibility for carrying out the defining step of a coffee bean’s journey from farm to mug.

Lost Sock’s initial offering includes a sweet, medium body organic Tolima coffee from the Andean mountains in southwest Colombia as well as a light, honey-lemon coffee from the Smaldeel Estate in the eastern highlands of Zimbabwe. Both roasts are available through Lost Sock’s online store, and will be found at markets, community events, and stores around this District beginning this summer.

The start-up roaster was founded by Jeff Yerxa and Nicolas Cabrera, who met in 2012 at American University and quickly realized their mutual affection for a delicious cup of coffee. As their admiration for coffee grew so did their relationship and so did their ambition. The two became roommates in 2013 and began home roasting their own coffee shortly thereafter. Their obsessive pursuit for the perfect cup culminated this winter with the founding of Lost Sock Roasters.

As a sustainably-minded small-business, Lost Sock is committed to each of the communities its coffee touches from the source farms around the world to the roaster’s home in Northwest DC. As the company grows, as will its drive to be a positive and valuable member of these communities.

By consistently roasting high-quality coffee, Lost Sock hopes to become like that one missing sock, something you look for each and every morning. Lost Sock Roasters coffee is available in their online shop, and will be expanding to local retailers in the coming months.”

This summer, The Parks at Walter Reed is coming alive. The walkable urban neighborhood, once a military medical campus, in Northwest D.C. is hosting dozens of events on its historic…