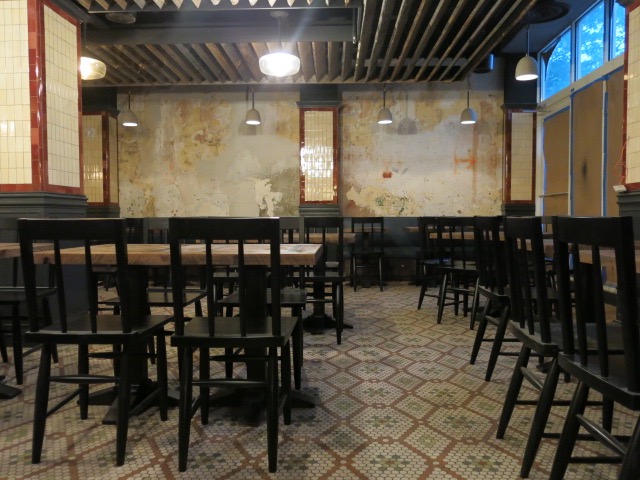 “Michael Friedman, Michael O’Malley and Sebastian Zutant, co-owners of The Red Hen, have partnered with Gareth Croke and Colin McDonough, co-owners of Boundary Stone to open All-Purpose. The restaurant, now open at 1250 9th Street, NW in the revitalized Shaw neighborhood, offers 90 restaurant seats along with a 15-seat bar, and features a straightforward Roman menu accented with Italian-American classics in a casual and convivial 2,500 square-foot space. 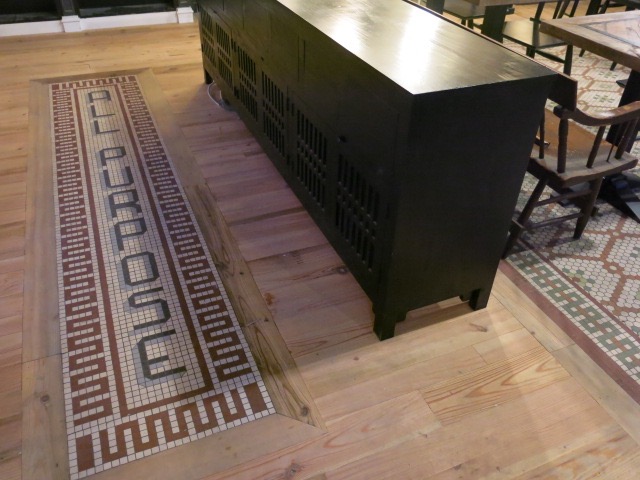 Pizza is the heart of Chef Friedman’s food program at All-Purpose. He has created a distinctive dough for the restaurant that captures the “breadier” qualities of the old school deck oven pizzas of his youth. The crust, which is used for all of the pies at All-Purpose, offers a rustic, chewy texture and is caramel in color due in part to the cooking process as well as the high amount of whole wheat flour. Of the six pizzas that are now offered at All-Purpose, Chef Friedman anticipates the Cossimo, named after one of his favorite Jersey Italian haunts, topped with roasted mushrooms, Tallegio, scallions, preserved truffle sauce and grana will become the fan favorite. The Buona, featuring pepperoni, mozzarella, chili honey & basil, will also be a crowd pleaser.

In addition to pizza, the menu will offer a selection of salumi and house-made charcuterie, as well as hot and cold antipasti selections to start. Guests can enjoy Straciatella Bruschetta with english peas, preserved lemon & mint, or a mousse made of Sicilian tuna topped with celery salsa verde. Nostalgic hot antipasti include a satisfying eggplant parm ‘Jersey-style,’ and fried mozzarella drizzled with fennel honey & finished with shaved black truffles.

On the beverage side, Zutant, along with Croke and McDonough, will be in charge of the beverage program, which will consist of a 50-bottle wine list of American and Italian varietals, as well as regional beers and hand-selected craft spirits. All-Purpose will feature a concise cocktail list focused on straightforward classic drinks. For desserts, the team has partnered with Tiffany MacIsaac, Pastry Chef/Owner of Buttercream Bakeshop, who works with Chef Friedman to offer Italian-inspired pastries and confections, such as a rainbow cookie cake and Gianduja pot de crème with dark chocolate cookie crumble & Frangelico cream.

All-Purpose is open for dinner Tuesday through Sunday, with Monday night service and lunch to follow shortly after opening.

All-Purpose is located on the street level of The Colonel, a new apartment community developed by a joint venture of CAS Riegler, City Interests, and Douglas Development, with leasing and management by Oculus Realty. Named after Civil War colonel Robert Gould Shaw, The Colonel offers 70 luxury apartment homes with units ranging from studios to two-story penthouses, along with extensive amenities including a roof deck with expansive lounge area, fire pit, and kitchen. The ownership was represented in the restaurant lease transaction by John A. Asadoorian of Asadoorian Retail. Jared Meier of Streetsense represented All-Purpose.”

Read more →
More Stories
Well this could be awesome – Zen Garden for 13th and Quincy St, NWHurrah, Mac has Been Found!!